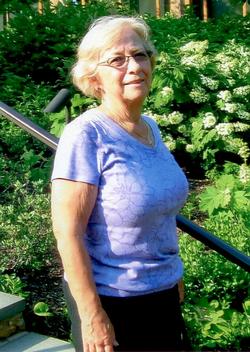 She was born in Exeter, NH, on February 9, 1944, the daughter of the late John William and Evangeline (Smith) Haggett and was preceded in death by a granddaughter, Brittany Ann Bailey.

She was a communicate of St. Paul’s Evangelical Lutheran Church where she was active in the life of the church having served on various committees including the church council. A member of the Eastern North Carolina Via de Cristo Community, she served as Rector for Mixed Number 73 in November 2010. She was also a member of the Ladies Auxiliary VFW Post #129, Carolina Beach. Martha loved the beach, sewing, and enjoyed spending time with her grandchildren.

A memorial service will be conducted 11:00 am Saturday, August 6, 2011, at St. Paul’s Evangelical Lutheran Church, Wilmington, NC, by the Rev. John Misenheimer and Rev. Mark Opgrand.

The family will receive friends in the fellowship hall immediately following the service.