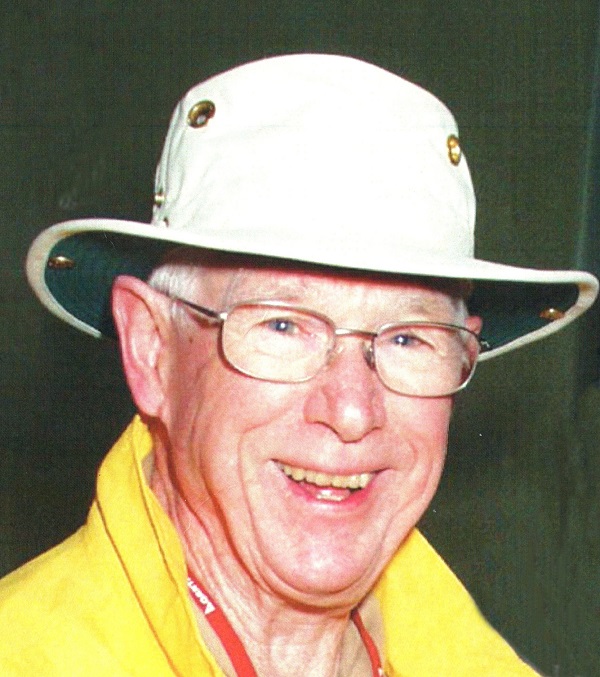 He was a native son of Wilmington, born on Castle Street, September 4, 1927 to Martin Herman Croom and Hazel Shingleton Croom.

Martin, known to his family and friends as Marty, grew up in Wilmington and after graduation from New Hanover High School, he served in the US Navy during WW II, and served on the USS North Carolina after WW II, then served in the Korean War. During his enlistment he met the love of his life, Jean Croom, in Brooklyn, NY. After his military service he served with the New York Police Department with 23 years of service. Marty was also a Boy Scout Leader and Little League Coach with his two sons, Steven & Kevin.

Martin never forgot his Wilmington roots, returning with his family every year to visit his Mother & Father and finally retiring to Wilmington in 1979. Both Martin & Jean kept active, RVing, Square Dancing, and volunteering at NHRMC. Martin was a member of the “1013” Club and “Frans Boys”, with an emphasis on the Friday Goodies.

Martin is survived by his wife of 70 years, Jean Cascone Croom; his sons, Steven (Monique)Croom of Supply, NC Kevin (Carol) Croom of Marblehead, Mass and his extended family of loved ones.

Celebration of Life service will be 10 am Tuesday, September 3, 2019 at Wilmington Funeral Chapel. A reception for family and friends will follow the service. Burial will be at 2 pm Tuesday at Coastal Carolina State Veterans Cemetery in Jacksonville, NC