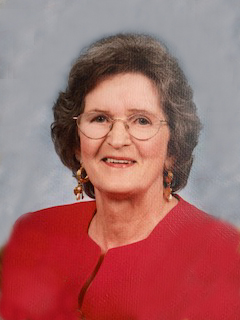 Mary Ann Phelps, age 78, of Wilmington, passed away on Thursday, January 17, 2019, at home in the warm embrace of her family.

She was born on September 17, 1940 in Harrellsville, NC the daughter of Hugh Bazemore and Bertha Elmyra Willoughby Bazemore. She was the youngest of three children, with older sister Margaret and brother Hugh. She spent her youth surrounded by many cousins on Bazemore Rd.

After graduating from Harrellsville High School, she attended East Carolina University whereshe graduated with a degree in Elementary Education. She began her lengthy teaching career in Elizabeth City, NC and remained fond of the area for the rest of her life. She married the love of her life, Russell Vastie Phelps on August 12, 1967 and moved back home to Colerain, NC. She taught elementary education in public schools in Elizabeth City, Colerain and Windsor, NC.
She also spent many years teaching at Ahoskie Christian School in Ahoskie, NC.

In November, 1976, she and Russ had their only child Ann. In addition to being a wonderful teacher, she was a devoted mother and wife. After Ann graduated from Ridgecroft School and began her education at the University of North Carolina, Mary Ann retired. However, she was drawn back to the classroom, teaching adults to read at Roanoke-Chowan Community College.

After the passing of Russ in 2002, and Ann’s graduation from Pharmacy School, she followed her daughter and son-in-law, Jimmy, to Wilmington, NC. She ultimately settled in Southport, NC and made many new friends. In 2007, she was blessed with her two grandchildren, boy/girl twins, Addison and Gavin. As wonderful of a mother she was, Mary Ann was equally devoted to her grandchildren. They hold fond memories of all of the times they’ve spent with her and will
miss her dearly.

Mary Ann was passionate about her Faith, family, and friends. She loved being a part of young people’s lives and could not have chosen a more appropriate career. She also loved traveling, Atlantic Beach, NC and many sports. She always rooted for her ECU Pirates, but Ann helped sway her to love anything UNC. She could often be found watching baseball on TV, most frequently the Chicago Cubs. However, her most favorite activity was watching Addison and Gavin in whatever activity they were participating.

She is survived by her daughter, Ann Wilson and son-in-law Jimmy, two grandchildren, Addison and Gavin, brother Hugh (wife Merle) and many cousins, nieces and nephews that she loved dearly.

The family will receive friends at a Memorial Visitation to be held from 6:00 pm till 8:00 pm on Wednesday, January 23, 2019 at the Wilmington Funeral Chapel. Additionally, a Memorial Service and Visitation is tentatively scheduled for Friday, February 1st, at Garrett-Sykes Funeral Home, 205 NC Highway 42 West
Ahoskie, NC 27910.