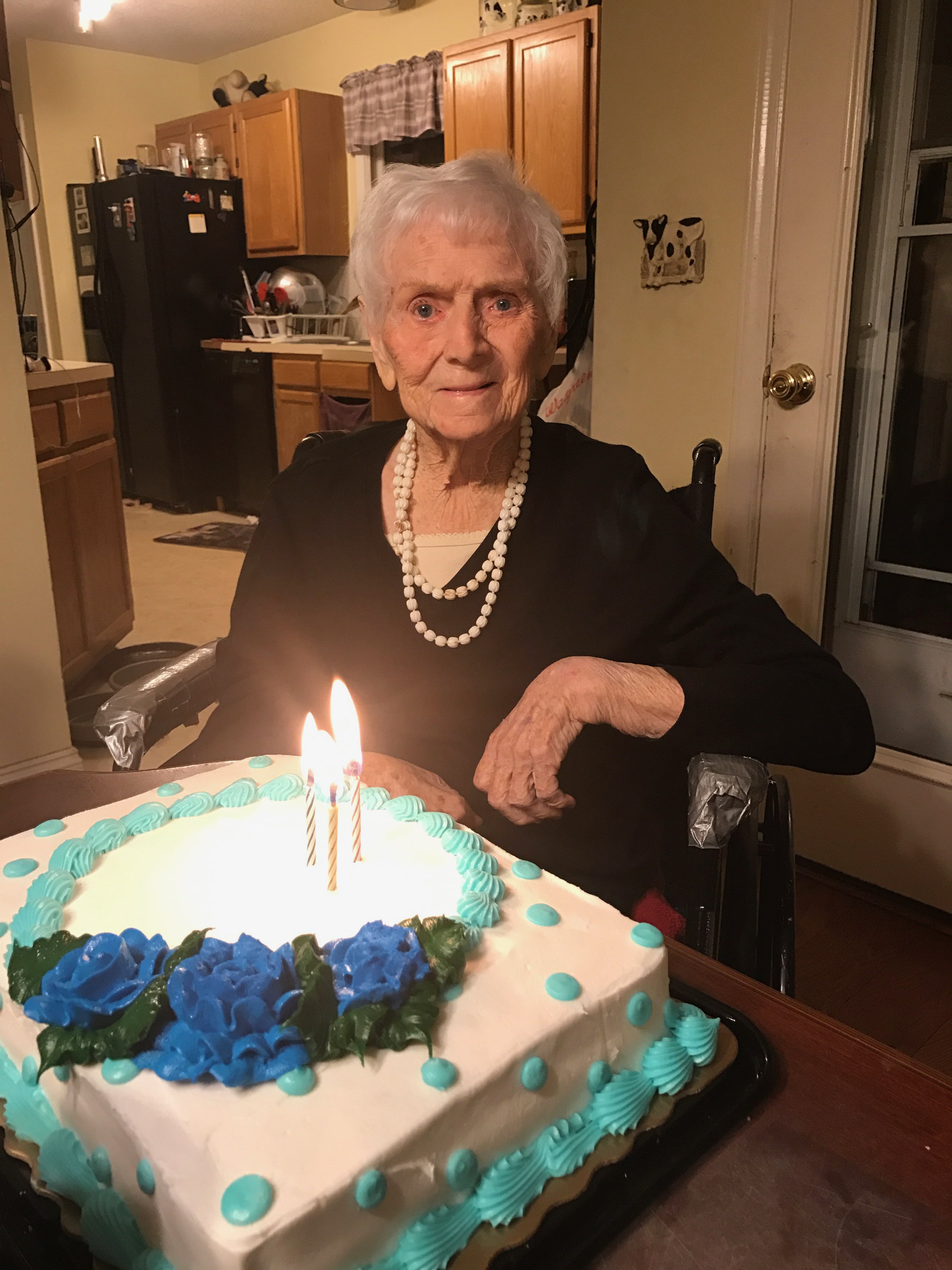 Her parents, Ray and Vera Dye, raised her on a small farm just outside Falmouth, Kentucky. Not long after high school she journeyed to Florida where she got a job working at an air base. There she met her future husband Rocco Montagno. They married in June of 1945 after the war ended.
Mary and Rocco lived in the Montagno family house in Maspeth, Queens New York for a couple of years. Imagine the culture shock of moving from rural Kentucky to an Italian immigrant family in NY. She loved it. Their first child was born there in 1946. They then moved to an upstairs apartment in Maspeth where their second son was born. Mary loved to move. After living on Long Island for several years and the birth of her third and fourth children, the family moved to northern New Jersey.
Job changes for Rocco led them to Chicago for several years and then to Rutland, Vermont. With Rocco’s passing in 1980, Mary stayed on in Vermont for a couple of years and then she decided to join one of her sisters back in Kentucky. The east coast was in her blood though and after a short time in Kentucky she moved to Hartford, Connecticut. Along the way she had numerous jobs, mostly in retail, working, for example, at Marshall Fields in Chicago, a quaint gift shop in Rutland and a major department store in Hartford. She never let jobs get in the way of travel and she was always available when her family needed her to provide support and help.
A stroke, when she was 77, finally slowed her down but she continued to be a strong-willed person, dismissing anything she didn’t care for with her signature flip of the back of her hand. She spent a few years back in Vermont with her daughter and her daughter’s family, and spent many years in Wilmington, North Carolina near her youngest son and his family. This youngest son gave her much attention and brought her much joy, especially in the last decades of her life. Mary loved people and she and Rocco were known for their hospitality and welcoming home.

Mary was preceded in death by her parents, her husband, Rocco, and her two younger sisters, Nancy and Ginny.
Her legacy will be carried on by her four children, Ray (Dianne), Randy (Libby), Susan Stoutes, and Tom (Jackie), her 13 grandchildren, and her 15 great grandchildren.