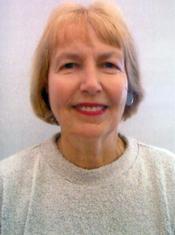 Miss Miller was born on November 30, 1938 in Washington, DC, the only child of Ellen Rose and Herbert Peter Miller. Her mother, native of Wallace, NC, had been a professional dancer on Broadway and her father, a native of Buffalo, NY, was Assistant Chief Counsel with the Labor Department in Washington. Miss Miller was raised in Fairfax County, VA and New York City. As a young woman, she modeled and acted.

She graduated with a BA from the Columbian College of The George Washington University, and held Masters Degrees from the Stern School of Business at New York University and the School of Library and Information Science at The Catholic University of America. She was for many years an officer of the Columbia University Business School, specializing in basic investing and stock market research.

After her retirement she traveled the world with a particular love of the Far East. During her life she lived in San Francisco, New York, Washington, New Orleans, Miami, Cape Cod, and North Carolina and owned property far and wide.

Miss Miller said her three passions were investing, travel, and animal welfare. Her skillful investing made possible the other two. She will be known especially for her charity, the Miss Avis Davis Fund, named for her beloved Dachshund mix. She had many cherished pets who were her wonderful family. She leaves behind her precious little Niles, a Chihuahua mix, and four beloved cats, Regis and Kathie Lee, Tony, and Beaubert.

No services are planned. Her ashes will be interred in the Miller Family plot in Rockfish Cemetery in Wallace, NC. Contributions in her memory may be made to the animal charity of your choice.