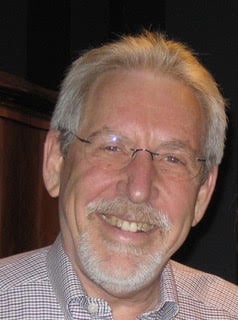 Matthew “Matt” Robinson Peterson lll, passed away on October 13, 2022 in Wilmington, NC at the age of 80. His three year battle with lung cancer was a testament to his fighting spirit, determination, and love of life. His positivity and optimism never waned and was a comfort to all who loved him.
Matt was born in Washington, DC on Christmas Day in 1941 to the late M.R. Peterson Jr. and Mildred Harlan Peterson. Matt spent most of his childhood in Maryland and as a teenager, moved to Atkinson, NC to live with his grandparents, the late M.R. Peterson Sr. and Lila Corbett Peterson. While attending Atkinson High School, he drove the school bus. After graduation, Matt joined the US Army and honorably served his country in the Vietnam War as an intelligence analyst and advisor to the South Vietnamese. In 1969, he was employed by NASA and his work supported the launch of Apollo 11 from Cape Kennedy Space Center. For more than 50 years since then, he was self-employed and dedicated to growth and integration of technology in business and in life. He was largely self-taught, highly respected, and never retired.
Matt Peterson
He was Apple before Apple was cool
He was world travel and a bluegrass band playing outside
He was tennis tournaments, pier fishing, and parties with friends
He was the latest tech, a nice car, and a new idea
He was coffee with 2 creams and 2 sugars and Brenda’s rum cake with a GIANT smile
He was wisdom in a word salad, strength, and independence
He was ahead of his time, an innovator, an entrepreneur, an artist, a lifetime learner
He was loved by his friends- like a brother and a father
He was loved by his family as a brother, a father, a husband, grandfather, and friend
Matt is survived by his wife Brenda Catherine Peterson of Wilmington, and his two daughters, Kelly Peterson Conway with husband John Conway of Wilmington, NC, and Amy Peterson Kampschroeder with husband Todd Kampschroeder of Rocky Point, NC;  his two stepdaughters Shannon Hoffman with husband Jeremy Hoffman of Cincinnati, Ohio and Laura Adams with husband Robbie Adams of Wilmington, NC; his sister Patrica Peterson Huff with husband Larry Huff of Damascus, Maryland and his late brother Paul Peterson of Wilmington, NC; his grandchildren Anna and Brady James, Jacob and Abigail Kampschroeder, and step-grandchildren John Manfreda, Jr. Jay Manfreda, the late Joseph Manfreda, Jeremy Hoffman, Jr., Lillly Hoffman, Harper Adams and Rowan Adams
A celebration of life with family and friends will be held at Airlie Gardens in Wilmington, NC. Date and time to be announced.
Matt will be laid to rest at Arlington National Cemetery in Washington, DC.