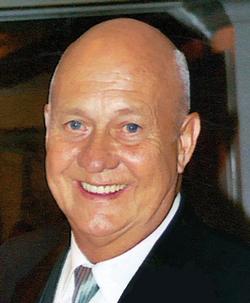 Maynard F. Hess, Jr. 81, of Hampstead, NC died with his family at his side Thursday March 6, 2014 at Davis Wellness Center in Wilmington.

Maynard was born in New York City March 14, 1932 the son of the late Maynard F. and Mildred Hansen Hess. He was raised in Woodbridge, NJ, where his high school yearbook referred to him as “a man with a way of his own”. He spent two years in Korea during the Korean War and was influenced greatly by a former teacher who sent him letters, books and playing cards. After his discharge, he took advantage of the GI Bill and went to Trenton State College where he majored in Geography – History. He liked to brag that the boy – girl ratio there was 1 to 7 and he had a great time until he met Ellie Lucaire, his soon-to-be wife of 55 years. Maynard had a 30 year career teaching seventh graders in Fords, NJ while he and Ellie raised their sons Kurt William and Kris Read in Basking Ridge, NJ. In 1997 they moved to Hampstead where they built a home and made new friends, In his spare time he loved reading, bowling, music golf, puttering in the garage and yard, and watching cowboy and war movies.

Besides his wife and sons he leaves behind his beloved daughters-in-law Sally Ganter Hess and Barbara Taylor Hess, and their children Maxwell, Olivia and Madeline of Hampstead, and Cameron and Brooklyn Hess of Whitehouse Station, NJ, and brother Richard G. Hess and wife Diane of Crest Hill, IL., along with Many nieces and nephews.

A memorial service will be conducted at 11:00 AM Tuesday March 11, 2014 at Wilmington Funeral Chapel.