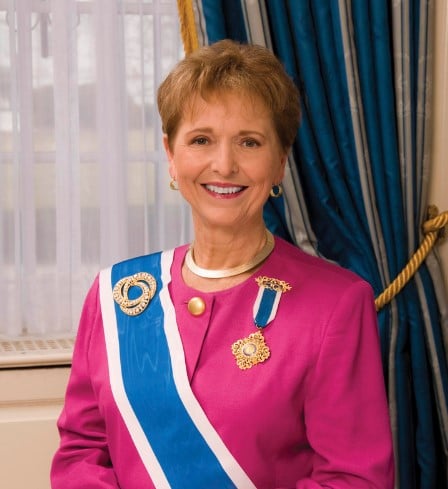 Merry Ann Thompson Wright, 79, of Leland, NC went to be with the Lord Jesus Christ on Sunday, December 18, 2022. She was born in Syracuse, New York on February 25, 1943 to Audrey and Pearl Thompson.

In addition to her parents, she was preceded in death by her son Ryan Andrew Parks.

Merry Ann grew up in New Woodstock, NY. She graduated from Cazenovia High School in 1961, where she held the title of head majorette, was a member of National Honor Society, League of Women Voters, yearbook staff and spent a summer in Norway as a Foreign Exchange Student. In her professional life Merry Ann accomplished many great things including CEO of American Lung Association of Central New York and Development Director the National Society Daughters of the American Revolution (DAR) in Washington, DC. She was an extremely active member of Daughters of the American Revolution (DAR) for 44 years and held more offices than can be listed – highlighted by being the State Regent of New York (1989-1992) and the 42 nd President General (i.e., CEO) from 2010-2013. In 2007 she retired to North Carolina and joined St. Paul’s Episcopal Church, serving as Senior Warden among other positions. She was an active member of Daughters of the King, and an associate member of Stamp Defiance Chapter (NSDAR) and St. Paul’s Leland Book Club.

Donations in her honor may be made to St. Paul’s Episcopal Church, 16 N 16th Street, Wilmington, NC 28401 or to the National Society Daughters of the American Revolution, President General’s Fund, 1776 D Street NW, Washington, DC 20006-5303.