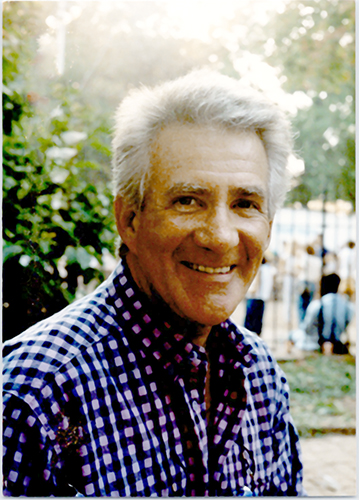 Michael was born in Detroit, MI on May 10, 1935 the son of the late Francis James and Kathryn Pearl Walsh McKeown. He was also preceded in death by his sisters Patricia Tomasaitis, Margaret Squier and Eileen McKeown.

In his childhood, Michael went to Catholic school where he was an altar server and safety guard. In his adolescence, he was a boxer and joined the Marines. During his time in the Marines, at age 18, he suffered an injury which resulted in the loss of his leg. He had the strength to continue his athleticism and pursue his higher education. He attended Bowling Green University, where he met his former wife Mary McCollister, with whom he would father his six children. He received his bachelor’s degree in world history from Northern Arizona University. He taught at an American high school in Landstuhl Germany, then went on to pursue graduate work at Oxford University and earned a Ph.D. in economic history at Case Western Reserve University. He became a professor at Cottey College in Nevada, MO, where he acted as the leader of a faculty union organization. He then served as a faculty union organizer for higher education in the state of Indiana. In all aspects of life, he stood up for the underdog, espousing progressive politics and supporting equal rights in a time when they were less popular. He was a beautiful singer and played the ukulele, he wrote poems and plays, loved books and his dog, Annie. He will be missed by his family.

Funeral services will be conducted 11:00 AM Monday, June 20, 2022 at Wilmington Funeral Chapel with burial to follow in Oleander Memorial Gardens. Full Military Marine’s Honors will follow the graveside. The family will be at the chapel 45 minutes prior to the service to see family and friends.

Memorial contributions may be made to the Lower Cape Fear Hospice 1414 Physicians Drive Wilmington, NC 28401.