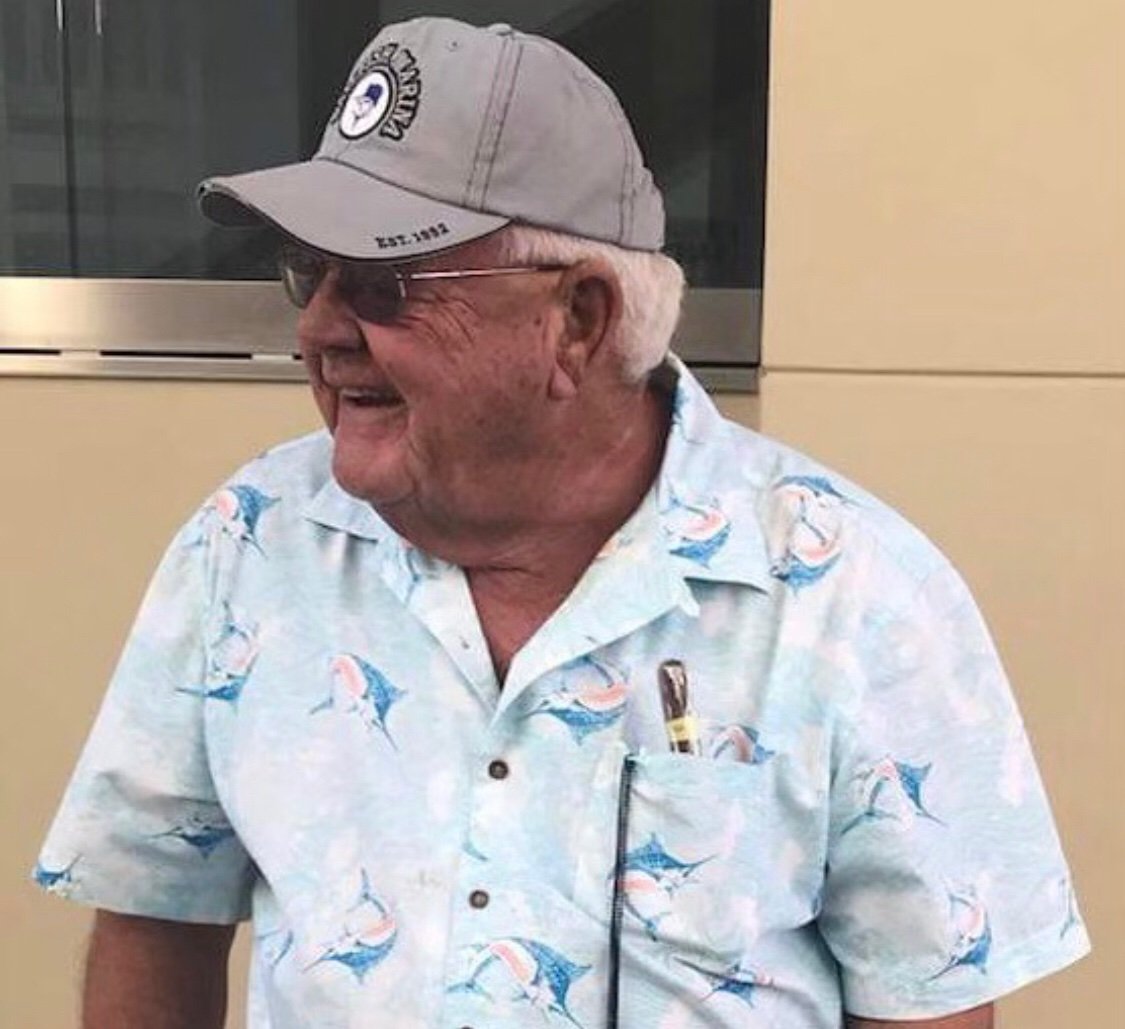 Captain Mike was born in Wayne County, NC on May 24, 1944 the son of the late Ralph Junior and Dora Mae Joyner Britt. Also preceding him in death was his son Michael E. Britt, Jr. in 2006. He owned and operated Clear Vue Opticians for many years in Wilmington and after he sold the business to LensCrafters he received his Captain License and started Large Time Charters in Carolina Beach.

He leaves behind his wife of 21 years Jheys Canchila Britt; son Beecher Britt of Goldsboro; daughter Olivia B. Lowry and husband Colin of Raleigh; brother Glenn Britt and wife Debra of Cape Carteret; and sister Betty Britt and husband Joel of Goldsboro; stepdaughter Kristen Bunn of Goldsboro and his grandsons Kyle and Dylan Bunn and Jameson Lowry.

At his request his cremains will be scattered of the coast of Carolina Beach at a later date.