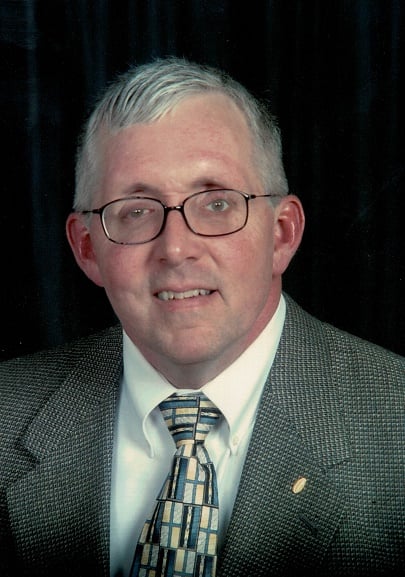 Although he had difficulty walking, faithful volunteer Mike Ennis added a spring to the steps of staff members at the NHRMC Rehabilitation Hospital every Wednesday with his jubilant greeting: “What day is it? It’s hump day!”

He was preceded in death by his wife, Sue Ennis, and father, V.B. “Red” Ennis, both of Wilmington, and his brother Gary Ennis, of Concord and Holden Beach.
He is survived by his mother, Joan Ennis of Wilmington; his son and grandson, Brian and Jonah Ennis, of Salem, Conn.; and his brother Dave Ennis, of Oak Island.
Mike also leaves a group of treasured and supportive friends, including Tony Dunn, Roy Mayo and Fred Thompson, all also members of his faith family at Pine Valley United Methodist Church.

A graduate of Salisbury High School and UNCW, Mike worked as construction manager for Raysand Building Corp. in Wilmington until his career was cut short by health problems. He soldiered on, however, and recovered enough to become a hardworking volunteer at his church and at the rehab hospital.

Mike was widely known as the mayor of the rehab hospital, always there with his giant mug of Cheerwine, bowl of candy and a wealth of hospital knowledge to share. He volunteered at the information desk almost daily since July 2001, donating 19,784 hours to show his appreciation for the therapists who worked with him for so many hours during his recovery.

He personified the rehab hospital’s promise of renewed hope for its patients.
Mike’s big heart enriched the lives of those around him in other ways.
In his youth, he was active in Boy Scouts and received the God and Country and Order of the Arrow awards.

A loving son, big brother, husband, father and grandfather, Mike’s family man role became central to his life with his marriage to Sue in 1977. Together they especially enjoyed gatherings of their extended family for holidays and summer beach vacations, as well as active involvement in church life.

Mike was president of Methodist Men at Pine Valley and relished the annual father-son trips to Duke football games, among other services and projects of the men’s group.
He was an avid fan of both Duke and N.C. State athletic teams, as well as NASCAR.

A memorial service will be held at a later date.

Memorial contributions may be made to the Methodist Home for Children Foundation in care of Pine Valley United Methodist Church, 3788 Shipyard Blvd., Wilmington NC .28403, or to the charity of your choice.