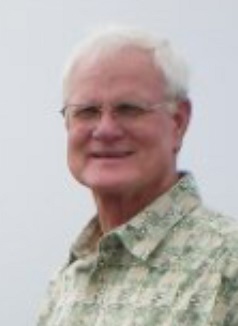 Mike was born August 6, 1944 in Burlington, NC to Amilia Brown Lewis and Dudley Clark Lewis.  When he was an infant, he and his family relocated to Carolina Beach.

He is survived by his beloved wife Loretta Bancroft Lewis “Chuckie” of 55 years, daughter Katie Lewis White and her husband Bub William White of Rocky Point, his two precious grandchildren Brooks Michael White and Emmi Rose Viola White. He also leaves behind his bother-in-law Tommy Bancroft, wife Carolyn, nephew Cliff Bancroft, wife Hannah, niece Jenny Adams, husband Austin and their sons Miles and Henry all of Wilmington. Mike and Loretta’s little dog Cooper, who brought him much strength and comfort throughout his illness will miss Daddy.

Mike graduated from NHHS and earned a Bachelor of Science Degree in Nuclear Engineering from NC State University. While attending NCSU he married Loretta and following graduation he and Loretta moved to North Augusta, SC beginning his career with Dupont at Savannah River Plant in Aiken, SC.  After 18 months he received a direct commission for the US Army to serve his country as an officer to Aberdeen Proving Ground in Aberdeen, Md.  Following his service, he returned to Savannah River Plant in Aiken.  He served in many different areas of the Plant throughout his career. He served as President of the North Augusta Lions Club for several terms and was an active member of Grace United Methodist Church. Mike and Loretta always cherished the friendships they formed during their 33 years in North Augusta.  He retired from SRP and returned to his hometown of Wilmington in 2000. In 2001 he began a new career with Container Products Corporation as QA Manager until his health forced him to retire in 2015. During his career at CPC, he was known for his dedication and cheerful nature. Mike served as President of Hanover Seaside Club at Wrightsville Beach where Loretta is a lifetime member, and they as a couple were members for 47 years.  Mike and Loretta loved square dancing with their local club and other clubs throughout the Carolinas, he enjoyed fishing, camping, sports, and all activities that brought him to people.  Mike and his brother-in-law Tommy attended The Masters Golf Tournament for over 40 years, which brought them much joy.

The family would like to extend a sincere amount of gratitude to the staff and volunteers of Lower Cape Fear Hospice Life and Care Center and to his dedicated friends and caregivers.

A celebration of Mike’s life will be held Sunday October 20th at Hanover Seaside Club at 3pm in the dining room.  In lieu of flowers donations may be made in memory of Mike Lewis to Lower Cape Fear Hospice.