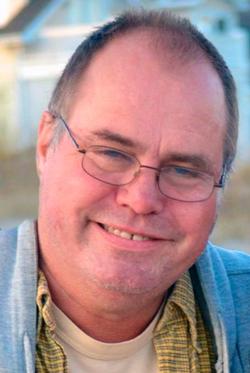 Mike spent most of the following years as a dental technician in Lynchburg, VA, then worked in Kinston, NC and eventually opened his own dental lab in Wilmington, NC. More recently he established Stump’s Lawn Service in Wilmington. He enjoyed jewelry making, learning the violin and guitar, live music, sketching, painting, and was a passionate culinary aficionado. Spending time with friends was what Mike enjoyed most; he was loved and respected by many and will be greatly missed.

Survivors include his sister, Lisa Shaw of New Bern, his niece, Cate Holcombe and family of Raleigh, his extended family in Delaware and Pennsylvania, and his beloved cat, Lucky.

A private memorial service will be held for family members in Southport, NC.

A memorial gathering celebrating Mike’s life has been scheduled on his birthday, August 2, at The Rusty Nail in Wilmington, NC at 1:00 PM.

Please share Memories and condolences with the family by clicking on the “Sign Guest Book” tab above.