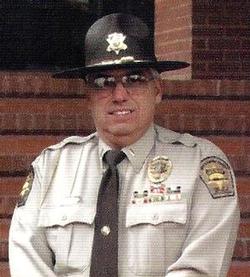 Michael Elbert Gray “Mike”, 63, formerly of Wilmington, passed away in Florida on March 28, 2014 after a short battle with cancer.

Born in Baltimore, MD., June 25, 1950, he was preceded in death by his parents Joseph Wallace Cameron and Mary Edythe Grenagle Gray, and sister Mary Gale Gray.

Mike was in Law enforcement his entire career, having started at Howard County Police Department in the spring of 1972. He then accepted a position with the New Hanover County Sheriff’s office in 1984 as the K-9 handler for the uniform patrol division, retiring in 2005 as the assistant division commander for the support services. He and his wife Connie moved to Homosassa Springs, FL in fall of 2005 where they worked together as licensed Coast Guard Captains unit until 2012. They fully retired in 2012 and moved to Inverness, FL where Mike lived out his life.

A memorial service will be held 3:00 PM Sunday April 27, 2014 at Wilmington Funeral Chapel, Reverend Atwell Brookshire chaplain of the New Hanover County Sheriff Department will conduct the service. The family will see friends following the service.

Please share memories and condolences with the family  by clicking the “Sign Guess Book” tab at the top of page.