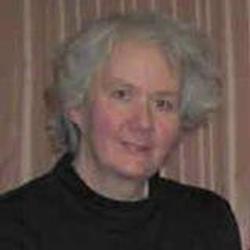 She was an artist and storyteller who was widely known and loved as “The Troll Lady” of Wilmington.

Minna was born April 6, 1953 in Turku, Finland the daughter of the late Martti Kuuskoski and Hilkka Helena Viljanen.

She moved from Finland to Canada in 1973 and from Canada to the United States in 1989, finally settling in Wilmington in 1993.

Many people knew Minna from the US Trolls store on Market street, where she fascinated and amused children and adults alike with her stories about Trolls.

For many years she visited schools in the area bringing her trolls and stories much to the delight of the students.

She performed at the Festival of Trees, a venue that enabled her to share her stories and introduce her Trolls to hundreds of people both young and old.

Minna worked all her life with her mother, Helena and brother Johannes creating their Trolls. She believed their Trolls were messengers of love, joy, friendship and courage.

Minna was a long-time member of St. Andrews on the Sound Episcopal Church where she sang in the choir. She had also been a member of the Quilters by Sea Quilting Guild.

She is survived by her beloved brother Johannes and his wife Nancy Soward. Her nephews Jonathan and his wife Paola and Alexander, and niece Amy.

Minna wanted to spread Troll Magic on everyone!!!

In lieu of flowers contributions made to the St. Andrew’s On-the-Sound Episcopal Church Building Fund, 5704 Oleander Drive Unit 107, Wilmington, NC 28403, in memory of Minna would be greatly appreciated.