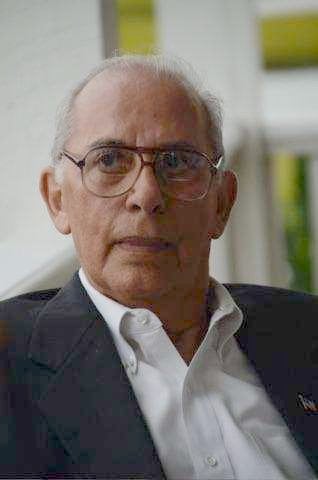 Mitchell Lee Saieed, Sr., (Mitch) was called to his Heavenly home November 18, 2017.  He was born August 11, 1932 In Greenville, NC, one of 10 children of John and Olga Saieed, owners of Saieed’s Department Store in downtown Greenville.  He is survived by his loving wife of 50 years Barbara Saieed, son Michael Saieed and daughter Alyson Saieed, 2 grandchildren, and 1 great-granddaughter, 2 brothers, Thomas (Cathy) and Frank (Beverly).  He was predeceased by 4 sisters, Louise, Betty Lou, Pearl and Shirley and 3 brothers, Alfred, Dan, and John.

Mitch graduated from East Carolina College (aka EC University) with a Bachelor of Arts Degree.  He served as ECC Student Body President and was a member of Phi Sigma Pi Fraternity.  Upon ECC graduation from the AF-ROTC as Cadet Major, he enlisted in the USAF as Lieutenant and rose to the rank of captain with honorable discharge.

Mitch began his career in the mid 1960’s at WWAY TV3, Wilmington, NC, as a Business Manager and worked his way up to be promoted General Station Manager and Vice President, until the station was sold in early 1980’s when he left. With devotion for television broadcasting, he continued his work and became General Station Manager at WKFT-40 in Fayetteville, NC, until his retirement.

Mitch was known by family, friends, and associates as loyal, giving, and dedicated.  He served as a source of encouragement for so many people.  He was immensely generous and a positive influence to those who relied on him for his fatherly manner and support.  These folks feel the loss of Mitch.

Mitch through life experience has received many achievements; from his academics he was honored Who’s Who at Universities and College, to professional recognitions as President of NC Association of TV Broadcasters.  Socially he was a member of the Wrightsville Beach Lions Club and the Elks Club. Past time; was an avid fisherman and was an inspiration to his family and friends, lived a full and vibrant life until he passed, never met a stranger, enjoyed and took such pride in his family, but most of all adored his wife, Barbara.