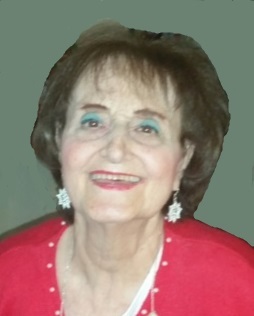 Nancy was born in Chicago 2-28-30. Her mother was Veronica Keris and father was Arthur Zwolanek. She lived in Chicago until she was 7 and then moved to Lisle IL for 2 years and then to Port Byron IL for about 15 years. She graduated from HS in 1948 and went 2 years to Western Illinois University.
On June 24, 1950 she married her High School sweetheart Edward C. Sullivan, Jr at St John’s Catholic Church in Rapids City IL. One story she used to tell the family was when they were dating she said dad told her he liked her legs and teeth, and she replied, I don’t know if you’re looking for a girlfriend or a horse with that comment!
They moved to East Moline and lived there for 35 years until they semi-retired to Cape Coral Fl in 1985. They moved to the Tampa area for several years and to Wilmington NC in 2007 to be near their 2 children.

Nancy’s first job was at a Licorice Factory in Moline and worked at her moms Dry Goods store in Port Byron. Her career included Bell, Farrar and Scott Attorneys in Rock Island and 4 years at John Deere Harvester. Her dream job was as School Secretary at John Deere Grade and then Hillcrest Grade School for 20 years as “Miss Nancy.” When they moved to Fl she continued her career for another 11 years at Edison Community College as a secretary.

After her husband passed away in 2010 she lived in an Independent Care center, and even though in a wheelchair due to Muscular Dystrophy for about the last 10 years she still woke up and did her make-up and got all dressed up to be her best, whether she was just staying in her room, or going to some event at her residence.

She really enjoyed music when she was younger, and her sister Joan Zwolanek Burke and her recorded a song in 1948 called “Now Is the Hour” and they sang at different events in Port Byron. She loved the music of Glenn Miller, Steve Lawrence and Edie Gorme and her favorite song was “To Each His Own” by Eddy Howard and other favorites were “Stardust” and “Night and Day.”

She enjoyed vacations with her family, camping and going to see Cubs games and visiting other parts of the country. They enjoyed many trips with friends and had many great New Year’s celebrations with both friends and family.
Nancy loved to decorate for the holidays and her room was always the highlight of the Center both inside and out. She spent time watching sports on TV and the old reruns of TV shows from the past. She loved doing word searches and being on her computer.

She will leave a void in our lives but leaves tons of memories of a wonderful wife, great mother and grandmother.

She was preceded in death by her husband, Grandson Brian Sullivan, Mother, Father, and Step-Dad Harvey Avery.

Memorials can be made to a local Animal Shelter, Special Olympics or Alzheimer’s Research.
Interment of Mr. and Mrs. Sullivan will be in the Rock Island National Cemetery at a later date