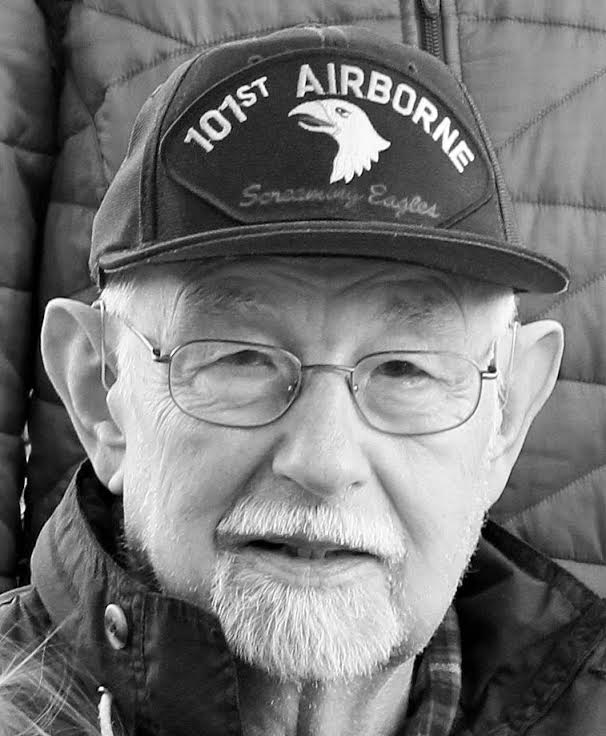 He attended Cincinnati Conservatory of Music where he studied trumpet and conducting.  He graduated from International Business College in accounting, got his BS from Indiana University and his MBA at New York University.

He considered himself an entrepreneur, involved in many types of business ventures in New York, Chicago and North Carolina.  Among them, he was particularly proud of being a member of the Million Dollar Roundtable at Metropolitan Life in NYC, and his work with Keyes Fiber, where he was Midwest Regional Sales Manager.  He was more recently co-owner of Sibyl’s Antiques and Collectables with his wife, Sibyl Lavengood.  He was an avid Heisey Glass collector and served as President of the NC Heisey Glass Collectors.  He also served on the board of the National Heisey Collectors of America.

A Mason for over 60 years he last month received his Diamond Jubilee pin from St. Johns Lodge #1 where he has been a member. He also played trumpet in the Sudan Temple Shrine Band for many years and was extremely proud of being a bugler for the American Legion, including Local Post 10.

He was a great believer in volunteer work.  He felt you should leave a community better off than when you arrived.  “Put more in than you take out!”  In New York, he was Secretary of the Tri Faith Housing Authority, President of the Gramercy Town and Village Lions Club and night mayor every Wednesday night for Mayor Lindsay.  In Chicago, he was President of Toastmasters International, and started the first group home for boys in DuPage County.  In Wilson, NC he played French Horn in the Wilson Brass Band, and started a program to feed the homeless.    In Wilmington, he was involved with the Salvation Army Band, volunteered at Rachel Freeman Elementary School, was a Guardian Ad Litem, and a tutor at the Cape Fear Literacy Council.  He and Sibyl were founding members of the Parents Council at UNC Chapel Hill and UNC Wilmington, where they served as Co-Presidents.

A memorial service will be held Friday, January 6th, 11:00 am, at First Christian Church, 2035 Oleander Dr, Wilmington, NC 28403, with a reception following in the social hall.  The family will receive visitors at that time.