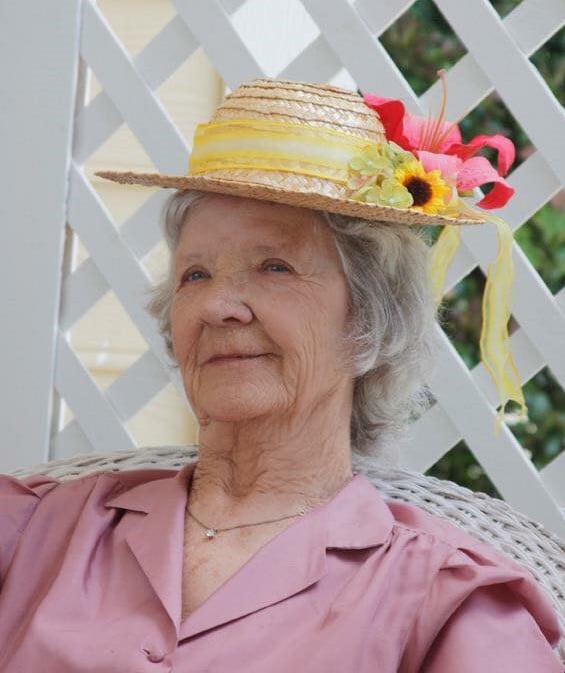 She was born in Dothan (Tabor City), NC on April 30th, 1927, the daughter of the late William Cleveland Cox, Sr. and Delphine Elizabeth Cox.

Ms. Lane was a graduate of Tabor City High School, Class of 1944 and was a graduate of Flora Macdonald College, Class of 1949, with a Bachelor of Music. She was a teacher for 27 years, beginning in Brunswick County Schools and spending most of her years in New Hanover County Schools working as an Elementary Grade Teacher as well as a Music Teacher. Ms. Lane was a Master Gardener and Master Ikenobo in Ikebana.

Ms. Lane volunteered for 20 plus years and devoted over 30,000 hours of service in many facets of Extension work including the Garden Hotline, the Plant Disease & Insect Clinic, served on the Arboretum Committee and the Consumer Horticulture Specialized Committee. She also volunteered extensively at the Cape Fear Fair & Expo assisting with the Agriculture & Educational Exhibits and was an expert judge for horticultural crops. In addition, she was one of the volunteer leaders with 4 H Horticulture Judging Teams which won several State Horticultural Judging Competitions held at NC State University.

Ms. Lane and her sister Ann C. Willard were among the original founders of The New Hanover County Master Gardener Volunteer Association. She and her sister along with a good friend Oleta Friedman were the curators for the Conservatory at the Arboretum.  They were responsible for the collection of many unusual and exotic plant and flowering species which were featured at the Conservatory.

She was one of the first trained volunteers in 1978 to work the Garden Hotline at the New Hanover County Cooperative Extension Service. In 1982 she attended the first class of Master Gardener Volunteers taught by David Barkley and Pete Lewis. She was appointed to the Extension Advisory Council, helping with the development of the New Hanover County Cooperative Extension Service Arboretum under the leadership of Pete Lewis and David Barkley.

Ms. Lane was an inspiration to many from her own family to the children she worked with and her many ventures with The Arboretum. She was a devoted, nurturing, strong, sturdy, sprawling and beautiful oak tree for all that had the blessing to know her well.  She will be greatly missed.