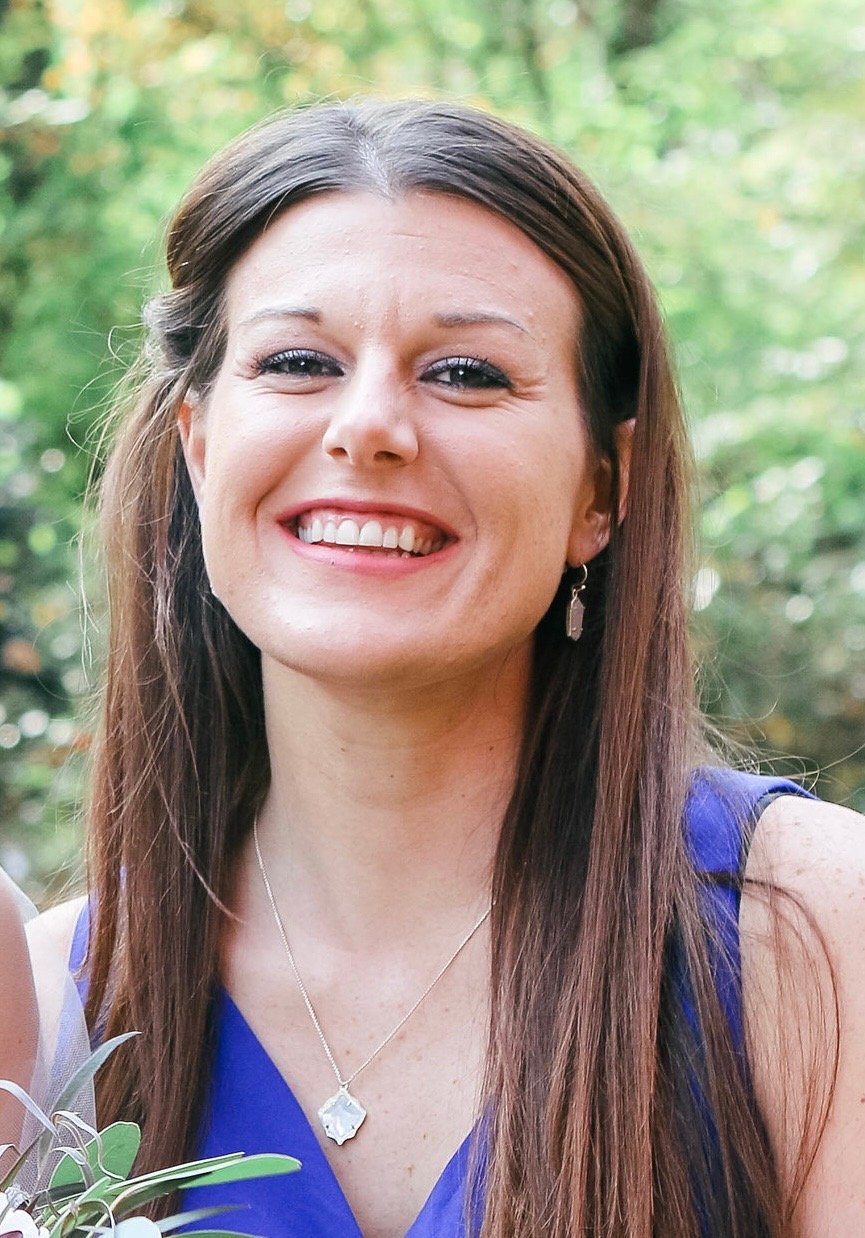 Sports played an important role in Olivia’s life where she excelled at basketball and softball and played for her school teams. Swimming and track were also sports where she showed promise. At her Catholic grade school conference track meet, Olivia demonstrated her toughness and determination in a come-from-behind 1/2 mile victory only to be diagnosed with severe strep throat in the evening. This resilience was something she demonstrated throughout her life. She was always eager to try a new sport and picked up things easily. Her involvement in athletics slowed into adulthood but it was running that stuck with her. She developed a passion for running trails which allowed her to be close to nature and find opportunities to photograph plants and birds.

Athletics were only one aspect of Olivia’s life. She left her family with a broad trove of memories. She started the family tradition of dropping a favorite stuffed animal in a public toilet and insisting “no one be left behind”. This tradition inevitably continued with her sisters and later included cell phones. She mistook Popeyes as a fancy French chicken restaurant that she pronounced as “Pope-I-Yays” (you have to say this with a thick French accent to get the full effect). She showed quick reaction time when tackling her younger sister at the church altar during mass and preventing a baptism ceremony from being crashed. She loved to sing to Van Morrison’s “Brown Eyed Girl” anytime the song came on the radio when driving with her dad. She was a great travel companion and appreciated everything she saw on family trips to places such as New York, Washington DC, and Las Vegas. She had the shameless complicity of Thelma and Louise when sneaking off on unapproved shopping expeditions and lunch with her mom (mom being Louise). She loved animals and had a habit of acquiring stray abandoned pets and negotiating asylum for them at the house.

We will miss Olivia’s ability to laugh at herself and the deep hearty laughter that came with it. We will miss her habit of laughing at her sisters in their times of distress, such as having jelly-beans lodged up a nostril. We won’t forget her look of disappointment when she found out Santa was not real. Nor the same look in adulthood when she realized Red Lobster wasn’t as good as she remembered it. The memories are extensive. Her fierceness on the basketball court in contrast to the kind gentle person off-court. The thoughtful notes she would write for people’s birthdays that would overshadow any gift. Her Gila monster impression when she donned a scuba mask. Her love of hiking, nature sessions, and marshmallow roasts with her family at Hungry Mother State Park. The frenetic happy times she had with her friends at school dances and parties. Her selflessness, even as a young child, when she sacrificed her chance at easter eggs to instead help up a fallen comrade during a frenzied easter egg hunt.

In contrast to all the good times and laughter, Olivia also struggled with mental illness throughout her life. She was always a strong advocate for mental health awareness and would have wanted this mentioned. Her youngest sister studied psychology mostly due to the experiences of Olivia’s challenges. It was frustrating for Olivia to have so many talents blunted by the interference of mental illness. Despite this, she displayed tremendous resilience as she battled the stress and conflicts within her brain.

As a distraction to her struggles with mental illness, Olivia’s interest in photography and art continued to develop as she got older. She had a knack for observing objects and angles that others missed. She captured photos that would make her family take pause for a second or third look. There was one photo in particular that comes to mind. Olivia went on a bike ride along the Cape Fear river on a warm sunny fall day. She decided to stop at a marina with a particular idea in mind. She walked her single speed Huffy bike down the long narrow marina to some moorings and parked her bike in just the right spot parallel to the river. She backed up, made sure the light was correct, and took the photograph. One would expect this to be mundane and boring. However, there was something about this image her family found extraordinary. A simple blue bike out of place, but also perfectly placed as it was surrounded by the brilliance of blue water, the blue sky, the reflections and the sun. The photograph was striking. The bike seemed lonely but incredibly strong and beautiful at the same time. As we look at this photo now, it makes us enjoy its extraordinary beauty. It also makes us sad. We see Olivia in this picture. We see that kind, unpretentious person. We see the person who sometimes felt out of place. Most importantly we see the strong beautiful individual that she was. Every time we see this photo it magnifies how truly broken our hearts are and how we will never stop loving and missing Olivia.

Olivia is survived by her father Mark Holbrook and her stepmother Kim, her mother Joyce Holbrook McMahon and her stepfather Michael, her brother Joey McMahon, sisters Monica McMahon (Logan Rohde), Keely McMahon, and Tori Holbrook, as well as many other extended family members and friends who loved her dearly.

If anyone cares to donate, Olivia would have been honored if gifts were directed to the New Hanover Humane Society.