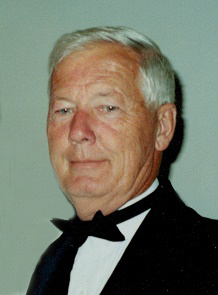 He was born October 30, 1937 in Wilmington, NC, son of the late Otis Warren Taylor, Sr. and Annie Elizabeth Blanton.

He was also preceded in death by his sister, Margaret Elizabeth Taylor and brothers, James Herbert Taylor and Terry Lamont Taylor.

During his life he enjoyed fishing, watching old black-and-white movies, and working in his shop on his boats. He was very influential in getting Georgia’s helmet law enacted; had his private pilot license for many years; was an entrepreneur and owned several businesses, including Taylor Wallace Equipment Company in Hampstead.

Funeral services will be held 1:00 p.m., Wednesday, December 19, 2018 at Wilmington Funeral Chapel, by Pastor Mike Lewis. The family will receive guests at the funeral home on Wednesday from 12:00 to 1:00 p.m. prior to the service.

The interment will be in Oakdale Cemetery. The family asks that donations be made to Lower Cape Fear Hospice in lieu of flowers.