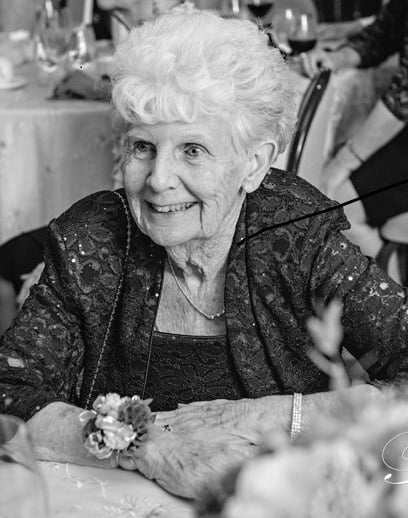 Patricia Anne Cove most recently of Cambridge Village in Wilmington, NC and Magnolia Greens in Leland, NC passed peacefully on Saturday, October 21, 2017.  Born May 28, 1932 in Worcester, MA to Francis A. Cove and Christine C. (Flynn) Cove, Patricia was the youngest of five children.  She grew up in Worcester surrounded by her extended family of doting grandparents, aunts, uncles and cousins.  She attended Cambridge Street Grammar School and graduated from David Hale Fanning Trade High School for Girls in 1950.

She was active in community organizations including the Fortnightly Club, the Old Chelmsford Garrison House, and the Girl Scouts. She worked as a teacher’s aide in Chelmsford, MA, a school administrator in Morristown, NJ and as a sales associate for Belk department stores and as a manager of the children’s department in several J.C. Penney stores.  Patti was a loving mother and loyal friend whose big blue Irish eyes were always smiling.  She opened her heart and her home to everyone she met. She made friends easily and kept them for life.  Patti lived life!  She loved the beach, entertaining friends, and was unabashedly patriotic.

Patricia is predeceased by her parents and her siblings: William Cove, Maureen Martello, Marguerite Mills and Christine Cove.  She is survived by her children Karen P. Sheridan and Dean of Mt. Airy, MD, Robert J. Mell and Jolene of Aiken, SC, Kathleen McLean of Delray Beach, FL and Jane M. Balek and Paul of Vienna, VA, nine granddaughters and six great-grandchildren, nieces and nephews.

A funeral mass will be celebrated on Saturday, October 28 at 10:00 am at the Basilica Shrine of Saint Mary, 412 Anne St, Wilmington, NC.

In lieu of flowers memorials made to the Lower Cape Fear Hospice at tmcfunding.com in loving memory of Patti would be greatly appreciated.

Please share memories and condolences with the family by clicking on the  ” Post a Condolence ” tab below.