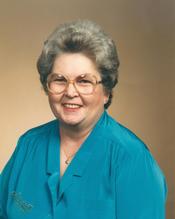 Patricia Martin Dennis, age 80, of Wilmington, NC, died peacefully on March 10, 2011 in her home, all five children having been by her side that week.

She was born on August 6, 1930 in Paragould, AR, one of three children of the late Edna and Jack Martin. Patricia was preceded in death by her husband of 60 years, F. Stanley Dennis, who departed this earth in 2007.

Pat spent most of her childhood in Paragould, AR. After meeting her future husband, Stan, on a blind date, they married and began a rich life together living in many cities including: Atlanta, GA; Knoxville, TN; Kinston, NC; Richmond, VA; Old Hickory, TN; Wilmington, DE; and finally retiring in Wilmington, NC, in 1992.

Pat had a fulfilling life. She and Stan travelled frequently in their retirement years, including Alaska and Australia. She made her home a warm and friendly place and it was always full of people and activity. She enjoyed gardening, reading, fine food, music and antiques. She especially loved her cat, Zoë. She was a gifted artist and a member of the Wilmington Art Association & Gallery. She played bridge and Mah Jongg until a few months prior to her death. She had a great sense of humor and was a very kind, caring, loving woman who will be missed by those whose lives she touched.

A Mass of Christian Burial will be held for both Pat and Stan at 10:00 a.m. Monday, March 14, 2011, at the Immaculate Conception Catholic Church, 6650 Carolina Beach Road, Wilmington, NC. Family and friends will be received at 9:30 a.m. prior to mass.

In lieu of flowers, memorials may be made to the Lower Cape Fear Hospice, 1414 Physicians Drive, Wilmington, NC, 28401.