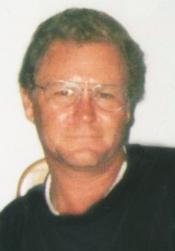 He grew up on a farm in Castle Hayne where he worked in a garden, growing corn and hay. He also had a hand in raising hogs, cows, and goats, Pat liked the outdoors and spent a good portion of his life camping out.

Pat attended New Hanover High School, graduating in 1975. He then enlisted in the US Army where he served in Georgia and Hawaii until 1979. During this time he trained in electrical work, later joining The International Brotherhood of Electrical Workers and going on to work in many different states.

He was a skilled craftsman, working well with his hands. He created many crafts including wooden birds and whirly-gigs. Many of these crafts became gifts to his family and friends, adding light to their lives. He also raised cockatiels with his long time partner, Sylvia.

A generous person, even as a young man he was always willing to share whatever he had. We will never forget his unique sense of humor.

He will be missed, but will forever live on in our hearts. As Pat liked to say “I will always be young.”

He is survived by his partner of 23 years, Sylvia, his father, William Young, his brother Mike Young and wife Sandra, and their daughter Jessica, his sister Joyce Young Lorek and husband Andrew, his niece Amanda Lorek and her daughter Kira, and his nephew Andrew Lorek and his son Holden.

The family would like to give a special thanks to Lower Cape Fear Hospice, where memorial contributions may be directed, 1414 Physicians Drive, Wilmington, NC 28401.