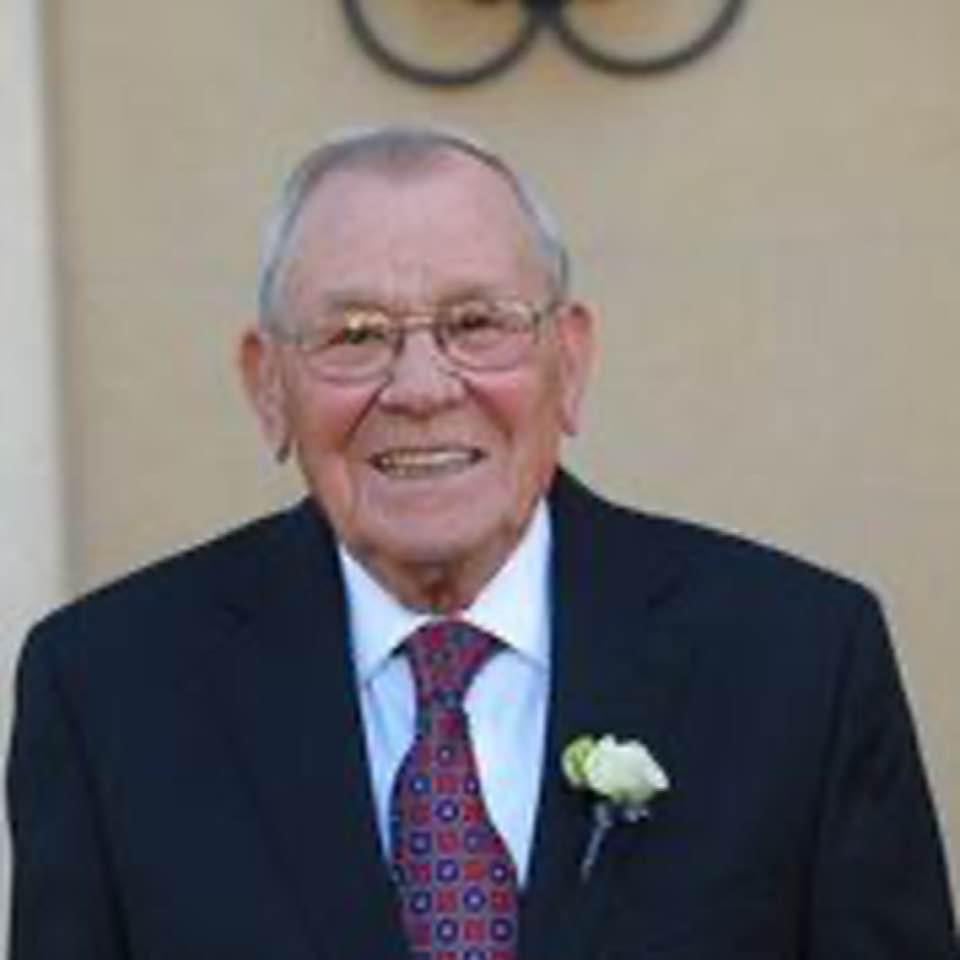 Lt. Col. Paul Andrew Wilson, Jr., USMC Retired, age 94 of Wilmington, NC died on August 6, 2022. Paul was born on December 18, 1927, in Jennings, Missouri. He was preceded in death by his parents, Paul Sr. And Ida Gottselig Wilson, and his sisters Catherine Bohnenn and Patricia Shocklee.

Paul attended Corpus Christi Grade School in Jennings and Christian Brothers High School in Clayton, Missouri. He enlisted in the Marine Corps in January 1946 serving in Japan and San Diego, California where he played baseball with the San Diego Marine team in 1947. After discharge, he attended college at St. Benedict’s in Atchison, Kansas and furthered his education at St. Louis University and the University of Missouri. Paul was recalled to active Marine Corps duty upon graduation from University of Missouri in June 1951 and commissioned as a Second Lieutenant. Upon completion of basic school at Quantico, Virginia he was sent to Korea as an infantry platoon leader in the Third Battalion, First Marine Regiment. Paul met his beloved wife of 69 years, Lee Ann Thompson, while a student at St. Benedict’s College and they married in June 1953. They embarked on a Marine Corps life with Paul serving in infantry units at Camp LeJeune, NC, and the First Marine Brigade at Kaneohe, Hawaii and Vietnam. He also served as Aide to the Commanding General, Department of the Pacific, San Francisco, CA, Officer in Charge Marine Corps Recruiting Louisville, KY, and the Naval Gunfire Officer Amphibious Group Four at Sea during the Cuban Missile Crisis. After his Vietnam tour, Paul graduated from the Navy Post Graduate School in Monterey, CA with a Masters degree in Management. His final tour led him to Headquarters Marine Corps, Arlington, VA where he served as Head of Enlisted Distribution Unit Personnel Department, and he and Lee Ann put down roots. His decorations include the Bronze Star with Combat V, The Vietnamese Cross of Gallantry with Gold Star, The Navy Commendation Medal with combat V, The Meritorious Service Medal and many other unit commendations and citations. Paul retired from the Corps in July 1972 and embarked on a career in real estate, primarily with Long & Foster Realtors in Northern Virginia. He opened and managed the Woodbridge office in 1975 and retired from real estate in 1994. Paul and Lee Ann then moved to Wilmington, NC. Paul loved watching all sports and was an active participant in individual sports like golf, handball, and racquet ball. He was especially competitive in handball due to his dexterity in using left and right hands equally well.

He considered himself to be a fortunate man to have a loving family and two very successful careers in his life, but once a Marine always a Marine. The Marine Corps motto of Semper Fidelis means “always faithful” and Paul was truly blessed by our ever faithful Lord.

Burial will be at Arlington National Cemetery at a future date.

In lieu of flowers, donations can be made in his memory to Wounded Warriors or a scholarship established in his honor to support military families at the College of William and Mary.  If you would like to donate to the endowment, you can go to https://give.wm.edu/, scroll down to “See More; Search For a Specific Fund“ and type 3877 which will bring up Carl W. Kappel and Paul A. Wilson Scholarship Endowment.  Donations may also be mailed by referencing Kappel & Wilson Scholarship Endowment #3877 on the check memo line and mailed to