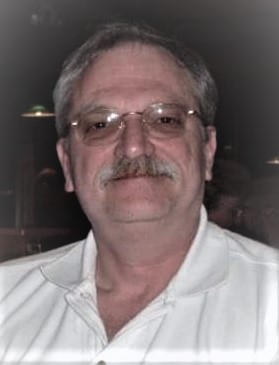 Paul passed away peacefully at home on January 19, 2021 He was born on March 8, 1953 in Tonawanda, NY to Frances and Louis Gunn.
Paul’s career began in the Navy where he was stationed in Virginia Beach. From there he worked as a machinist eventually becoming an IT support specialist. Paul had many hobbies including rebuilding boats, cars & motorcycles. He also enjoyed building computer systems. His favorite pastime was spending time with his three grandchildren, Caiden, Lilah and Adler.
He leaves behind Carol, his wife of 21 years, his daughters Danielle (Addam) Class and Lauren Montana, his son Tony Montana, his sister Patricia (Michael) Concannon, brothers Michael (Donna) Gunn, Robert (Anne) Gunn, James (Susan) Gunn and sister-in-law Pearl Gunn.
Paul was predeceased by his parents, son Christopher Gunn and brother William Gunn.

Due to Covid a private service with immediate family will be planned at a later date.
Donations may be made in Paul’s memory to: