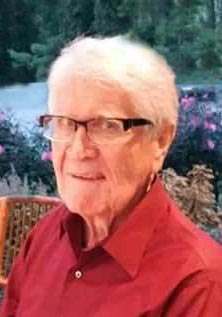 Lt. Col (USAF Ret) Paul Frederick Semmler of Wilmington NC passed away on Wednesday August 3, 2016. Paul was born in Toledo, OH on May 3, 1929, to Pearl Hawkins Semmler and Frederick Paul Semmler. Paul was married February 19, 1955 to Sally Snellbaker at Redeemer Lutheran Church in Toledo, OH. They were married for 61 years and have two sons: Scott and Todd. He was also a second father to his niece, Tamera Semmler Howell and a beloved uncle to Tina Semmler Bjornstad.
Paul had a distinguished career of 24 years in the Air Force and the Navy Reserves. He flew combat missions in both Korea and Vietnam. Recently, Paul was honored for his Korean War Service by the Military Officer’s Association of America. Paul earned his Master’s degree in electrical engineering from the University of Michigan and after retirement from the Air Force he worked in the private sector for 15 years.
Paul was an avid horseman. He was a founding member of the Clifton Horse Society and a board member on the Old Dominion Endurance Ride. Paul was such a devoted horsemen that in addition to his full time career he became a farrier to better care for his animals. Paul is survived by his wife Sally Semmler, sons Scott Semmler of Fairfax, Virginia (Caryll) and Todd Semmler of Hanahan, South Carolina (Anne Marie), and two grandchildren, Joshua and Jacob Semmler.
A memorial service will be held at 12:30 Saturday August 6 at Wilmington Memorial and Cremation located at 1535 S. 41st Street in Wilmington. In lieu of flowers the family requests that you make donations to equine or military charities at TMCfunding.com.

Share memories and condolences with the family at wilmingtoncares.com.