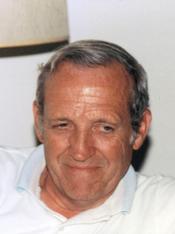 Paul M. Howe, 89, passed away September 30, 2013 at Trinity Grove Nursing Home. He was born in Ithaca, NY, on October 11, 1923. He was the son of the late Dr. Carl Freeman Howe and Virginia Phipps Howe. He served his country in the US Army Air Corps in World War II in the Pacific Theater. On returning home he attended the University of Buffalo. On September 11, 1948 he married Patricia Smith in Niagara Falls, NY. He was hired by the IBM in the early days of Machine Accounting and spent 31 years in management, the last 13 in Litigation.

He was predeceased by his brother, Carl Freeman Howe and his sister, Carolyn Howe Deffenbaugh.

In retirement he moved to Hampstead, NC where he physically built his water front home. He learned to fly at the age of, 49, taught ground school for four years and then all levels of flying licenses. His greatest joy was flying for Angel Flight – flying patients and organ donations to hospitals. He especially loved taking little children to Shriner’s hospitals. He was founder of Topsail State Bank which eventually became Toronto Dominion Bank. He was Chairman of the Pender County Rescue Squad, Treasurer of the Hampstead Lions club for 24 years, a member of the Experimental Aircraft Association, and the American Legion Post 0167. He was a founding member of the PenderWatch and Conservancy.

A reception in the Parish Hall will follow the service.