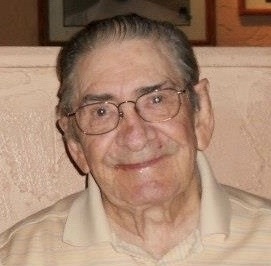 Paul was a Sergeant in the US Marine Corps and fought at the end of WW II. He was the recipient of the Silver Lifesaving Medal from the US Coast Guard, for heroic action in July 1966. He worked as a Master Glazier for 44 years in Wilmington, NC. He was an avid golfer, fisherman, and a devout Washington Redskins fan. He was a member of Little Chapel on the Boardwalk Presbyterian Church at Wrightsville Beach, NC.

He was preceded in death by his beloved wife of 64 years, Mattie Anne Cuddington Roethlinger; his two sisters, Augusta R. Summers and Kathryn R. Harrell; and his two brothers, Charles and Richard Roethlinger.

Paul W. Roethlinger, will be cremated and a private memorial service will be held at an undeterminded date.

Memorial donation may be made to Lower Cape Fear LifeCare Foundation 1414 Physicians Drive in Wilmington, NC 28401.

Share memories and condoelences with the family by clicking on the “Condolence” tab.