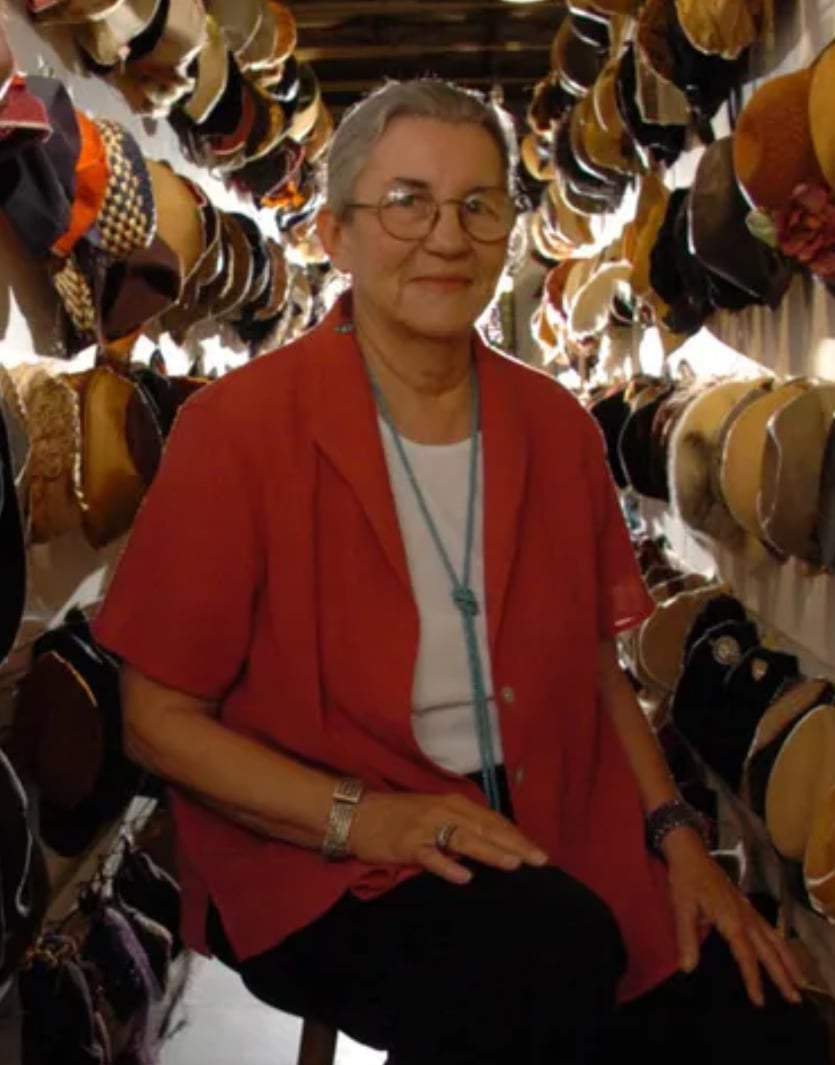 Peggy Farrell, award winning and iconic costume designer, died peacefully in her sleep on Sunday, August 29, 2021, at her home in Wilmington, NC. She was 89 years old.

Peggy was born on June 2, 1932, in New York City. She leaves behind her son Daniel Holmgren of Mesa, AZ and daughter Susan Linderman of Las Vegas, NV. She was preceded in death by her eldest daughter Patricia Ann Lynch, of South Hampton, NY. Peggy also had four granddaughters (Stephanie, Savanah, Michaela, and Alexa), two grandsons (Danny and Michael), and fourteen great grandchildren. Needless to say, she definitely had her quiver full of children, grandchildren and great grandchildren. She lived a wonderful and full life.

Peggy started her career as a seamstress working for her mother Agnes Farrell, who was a wardrobe supervisor on Broadway. Agnes took her under her wing and taught her everything she knew. Peggy then worked her way up in television and film as a costume designer. She went on to be an Emmy award winner in costume design, winning two Emmy’s for the ABC mini-series “Holocaust” and “The Young Indiana Jones Chronicles”. She created a life and career for herself that surpasses few others, designing costumes in 44 films and many TV productions. She was a legend in her industry. Peggy once said of herself, “On some levels my work hasn’t been about costume, but about character and story.”

Eventually she opened her own costume shop, Farrell’s Costumes, Ltd., in New York which grew to over 30,000 square feet of costumes dating from the 19th century. She moved this highly successful business from New York to Port City in 1991. She rented costumes to film and TV productions all over the country and donated them to local productions in her community. She loved being involved in community work, and helped for years with the Wilmington Theater, receiving the Lela Thompson Award for Enduring Contribution to Wilmington Theater in 2018. Peggy loved to read and study, especially books about history. She even went back to school and took writing classes in her 80s.

Several close family and friends were with her when she passed. They were so thankful that they were able to be with her as she transitioned from this life to the next. She had a wonderful caregiver team that she was so grateful for, who provided excellent care to her in the latter part of her life.

Peggy was an incredible woman. She was bold and courageous. Her creative flair could not compare. Her honesty was frightening, but most people loved it; because they always knew where they stood with her. She was a very hard worker and there was a fearlessness about her. She was a woman of character and an example to many. Peggy was non-judgmental and accepted people for who they were. She had a way of challenging people to think outside the box. She mentored many people in her industry and helped them achieve their dreams. She was very free with her knowledge and was not afraid to give it away. It always brought her joy to see others succeed. Peggy will be missed by so many.