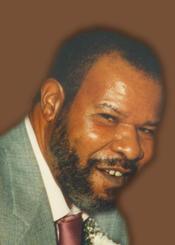 “Sweet Boy” or “Brooke” as he was known was born in Wilmington, NC on February 2, 1943, where he grew up and attended school at Williston Jr. High. He moved to New Jersey and lived there until 2006, then returned to his hometown of Wilmington, NC. He was a member of St. John AME Church where he grew up.

Funeral services will be 11 am Saturday August 20, 2011 at St. John AME Church on Acorn Branch Road in Wrightsboro.

The family will greet friends at the church begining at 10 am Saturday until the time of the service.

In lieu of flowers consider a memorial gift to the Community Hospice.