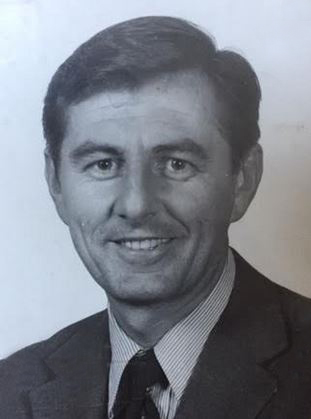 Peter Arlen Nemmers, age 87, of Wilmington, passed away on Friday, July 17, 2020, at Morningside of Wilmington.

He was born on July 25, 1932 in the Portsmouth Naval Hospital in Portsmouth, VA, the son of Peter and Winnie Cleve Whitley Nemmers.

Pete graduated from Sacred Heart Cathedral in Raleigh in the Class of 1950. He joined the United States Navy and served with honor and distinction during the Korean War. After his service to his country he continued his education at NC State where he graduated in 1959 with a BS in Industrial Engineering. Pete worked for Corning in their Human Resources Department. For many years Pete owned and operated several restaurants in the Wilmington area most notably Middle of the Island at Wrightsville Beach and Salt Works II on Wrightsville Avenue.

Together with his parents Pete was predeceased by his sisters Elizabeth (Betty) Deangelis (Amedeo) and Evelyn Szuchan (late John).

Pete was a devout Catholic. He was a kind and generous man who treated people equally no matter their status. He loved his family and his family loved him, he was very generous to them. He will be greatly missed by all who knew him.

A Funeral Mass will be held at the Basilica Shrine of Saint Mary on Friday July 31 at 10am. Masks are required.

In lieu of flowers Memorial donations made to the American Heart Association, in memory of Pete, would be greatly appreciated.