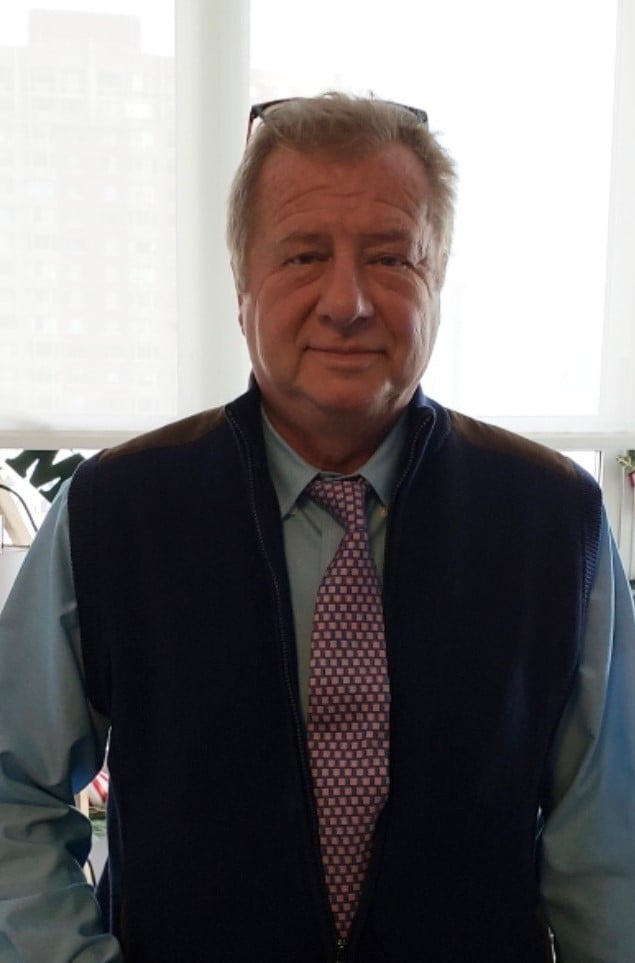 Peter Dineen was born in Queens, NY but to everyone who knew him, he was a proud Jersey boy. He was a natural leader, an adept businessman, an avid golfer, and a dear friend to many. But most importantly, he was a family man.

Peter’s family was the drive to everything he took pride in, especially his work. For over 30 years, Peter founded several successful high rise fire alarm companies including FCS Metro in Jersey City, NJ which services New York City. With his suit and tie, and famous wide grin, there wasn’t a building across Manhattan that Peter couldn’t sell his services to. He was a natural salesman. And his clients knew his good, honest character was worth more than gold.

During his twenty-plus years living in Jersey City, NJ, Peter owned and operated bars and restaurants including Coles Street Cafe and PJ Ryan’s. It’s how he grew his very large circle of friends and where he met his beloved wife, Jacqueline. The two hit it off right away – a Queens boy and a Long Island girl who both had a reverence for the 1970’s disco club scene. Peter likely pulled up with his best friends Billy and Michael (aka “The Three Amigos”) while Jackie was at the coat check. Their meeting so many years later was one of fate, they will tell you.

During his youth, Peter attended Bishop Riley on Francis Lewis Boulevard in Queens. Standing at 6’4, Peter was a star guard on the basketball team. But eventually his love for the court turned to a passion for golf. He spent many hours at some of the country’s best courses with friends and family. Peter and his son started playing at the same time, but Peter always seemed to come out on top.

As successful as Peter was, he was equally as charitable. Giving back was a big part of who Peter was and he was a regular giver to St. Jude Children’s Research Hospital, Francis Pope Foundation, Shriner’s, and Wounded Warriors. He was a provider at heart and always appreciated those who work hard. But even though he believed “work comes first,” he always made time for family. Early morning breakfasts with his daughter in the city were very important to Peter and something he always looked forward to, usually with the Wall Street Journal in hand.

His two children, Corey and Meghan, were his pride and joy. There’s no denying when you saw the three of them together that they are true Dineens… the two inherited their father’s Irish genes and outgoing, charismatic personality. Peter’s undeniable love and support of his family came from his Hungarian mother, Valerie, and their close relationship and whose charm carried on through Peter.

Later in life Peter became “Grandpa Peter,” a role he was extremely proud of. His step-grandchildren, Luca, Leo, and Presley were a source of joy for Peter over the past decade. He loved to invite them down to his Wilmington, North Carolina beach home where he could spend time with them enjoying fishing at the pier, the beach, and his famous “swim spa.”