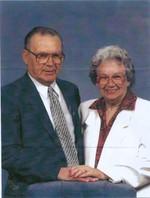 He is preceded in death by his wife Annetta Ward Samaskeawicz.

Peter entered the Merchant Marines when he was just 15 years old. He then served in the US Army from 1948 to 1956 until a service related injury forced his honorable discharge. He was an avid fisherman, loved boating, traveling and the outdoors.

There will be a memorial service in Unity, Maine, later this year, for both Peter and his wife Annetta, who passed away January 17, 2009.

In lieu of flowers memorial contributions may be made to the Disabled American Veterans, 4601 Park Avenue, Wilmington, NC 28403-5121