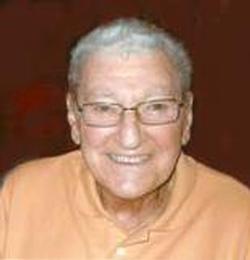 Philip (Phil) Edward Rose, age 85 of Wilmington, passed away peacefully after a long battle with cancer on Wednesday, April 15, 2015, at the Lower Cape Fear Hospice.

Phil was born in Brooklyn, NY, in August of 1929 and was the youngest son of the late Philip Rose and Loretta McDonald.

He played minor league baseball for the Brooklyn Dodgers and Pittsburgh Pirates and also served honorably in the U.S. Army during the Korean War.

He then served 23 years in the New York City Police Department (NYPD) retiring as a detective. Phil then worked for Citibank for ten years as an investigator.

In 1995, Phil and his wife Ann moved to Wilmington where he started the Wilmington Senior Softball Association and was actively involved until his death. He was also the past president of the 10-13 Association for retired NYPD police officers.

Donations may be made to the Lower Cape Fear Hospice Foundation, 1414 Physicians Dr., Wilmington, NC 28401 or the Wilmington Senior Softball Association