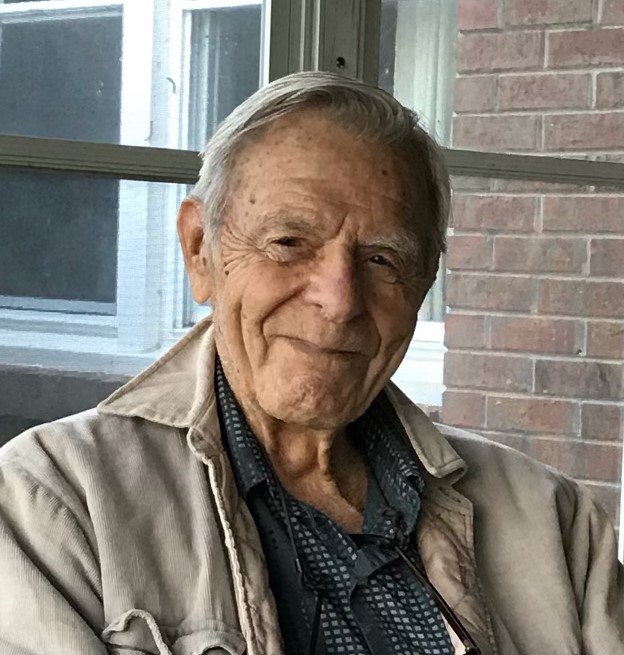 He was born Sept. 14, 1922, in Akron, Ohio, to the late Philip Charles Smith Sr. and Elizabeth Meyer Smith.

He was a graduate of the U.S. Naval Academy in Annapolis, Md. and served for 20 years as an aviator, navigator and educator. During his career he flew all over the world, as well as serving as a hurricane hunter, flying into storms to record meteorological data. Among his many military honors, he was initiated into the Ancient Order of the Deep of the Domain of Neptunus Rex and the Not So Ancient Order of the Hurriphooners.

Following his retirement as a lieutenant commander from the Navy, he earned a master’s degree in library science from Florida State University and served as a university librarian at Methodist College in Fayetteville, N.C. and at the University of North Carolina at Wilmington. After his retirement from UNCW, he loved to regale anyone who would spend time on his porch sharing stories about his adventures in the Navy. He liked a glass of rum every evening, sometimes not bothering to wait until the sun went below the yardarm.

He was devoted to his wife of nearly 60 years until her passing, and loved their many adventures and special moments together. He was fiercely proud of his family, and lived independently and actively until his final days, although in his later years he had to give up his regular swims in the intracoastal waterway in front of his house.

Often cantankerous but kind-hearted, open-minded but opinionated, strong but gentle, exasperating yet eternally curious and inquisitive, he would engage in conversation with anyone he met, wanting to learn about them as a person rather than as a waitress, nurse, repair person, college student or child.

Inurnment will be held at the U.S. Naval Academy Columbarium in Annapolis, MD, at a later date.