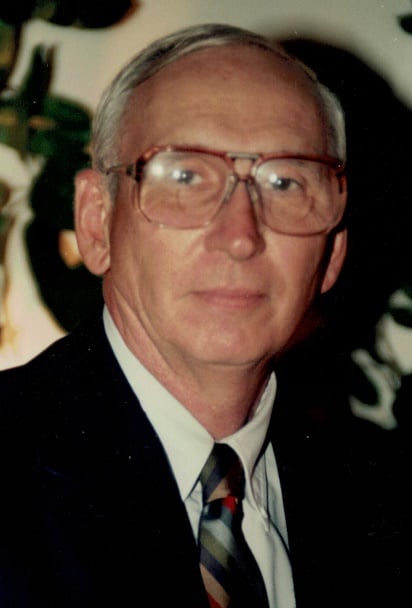 Phillip S. Stewart, born May 28, 1926 in Highland Park, Michigan, graduated from Wayne State University, Detroit with highest honors in 1950 and was named outstanding Male Student of his class. He lettered in basketball and also attended and taught in WSU Graduate School. He served in the U.S. Navy as a Sonar Technician from 1944-1946. After teaching school in Detroit for two years, he entered the F.B.I in 1951 and served in the Baltimore, MD and Newark, NJ offices. He retired in 1980 as Supervisory Senior Special Agent of the Piscataway, NJ Resident Agency. After retirement, Phil was self-employed as a Private Investigator-Consultant and did background investigations for MSM Security Services and the FBI Background Investigation Program. Together with his former partner in the FBI, he served as a Security Consultant for the National Hockey League (New Jersey Devils).

Phil was involved in many community activities in East Brunswick, NJ including President of the Village Swim Club, founder of the C.Y.O. basketball program at St. Bartholomew’s Church, Little League coach, Boy Scout Neighborhood Commissioner and helper to his wife, Bea’s many community projects. Phil moved to Wilmington, NC in 1986. He continued his community service in Wilmington, NC in The Cape Homeowner’s Association. In addition, he organized the Cape Men’s Golf Association and served as Chairman for 8 years where he still was a member in later years. He has also been active in the Senior golf Association and with Wilmington Inter-Club Golf Association.

Phil has also been active in the Society of Former Special Agents of the F.B.I. having served as Chairman in both the Central NJ Chapter, and the N.C. Chapter. He continued as Secretary-Treasurer of the Eastern N.C. Chapter. He was also past President and active in the Adult Scholars Leadership Alumni at the University of North Carolina-Wilmington and served as Chairman of the Criminal Justice day for the Scholars program for 15 years. The “James R. Leutze Volunteer of the Year Award” was given to Phil and Bea in 2009 for continued outstanding volunteer activity at UNCW and the Wilmington community.

Phil likes to brag that he taught his wife, three children and four grandsons to play golf and claimed that his happiest day was when any of them could beat him on the golf course.