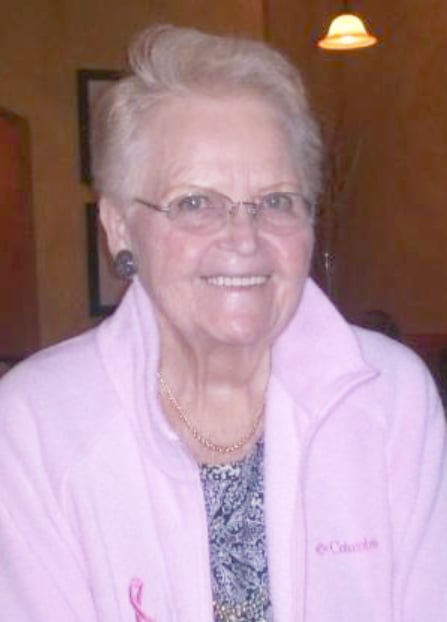 Phyllis Maxine Elwell Boyd, 88, of Wilmington, passed away at her home following a lengthy illness on Thursday, December 10, 2015.

Phyllis was born on September 6, 1927, in Tampa, FL, to the late Max and Iris Elwell. Phyllis was married for 58 years to the late Ronald H. Boyd on December 15, 1950. She was also preceded in death by a son, Ronnie M. Boyd; sisters, Phoebe Peterson, Yvonne Raynor, and Amelia Collins.

Although she has been retired for many years, Phyllis was well known as the “red headed” school bus driver on Masonboro Sound in the late 1950’s/early1960’s, as well as working at Sears for many years when it first opened at Hanover Shopping Center.

As a member of Masonboro Baptist Church, she loved talking about Jesus and telling stories about the “older folks” who lived on the Sound. Phyllis enjoyed talking about her children and grandchildren to anyone she met. She was also a very proud American who would be the first to stand and salute the flag.

A graveside funeral service will be held 10:00 AM Monday, December 14, 2015 at the Masonboro Baptist Church cemetery. Reverend Gordon Wright will officiate the service.

The family will receive friends 5:00 PM until 7:00 PM Sunday at Wilmington Funeral Chapel.