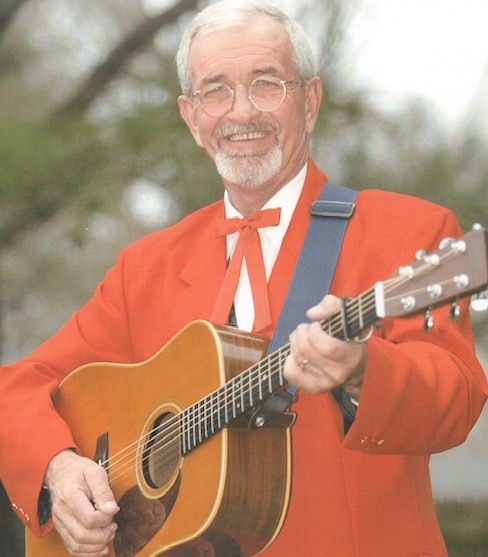 Ralph Byron Holland, Jr., 73, of WIlmington, NC, went to be with his Lord and Savior Jesus Christ on December 9, 2020 at Northchase Nursing and Rehab Ctr. in Wilmington, NC of complications brought on by COVID-19. He was preceded in death by his parents, Ralph B. Holland Sr. and Catherine (Kitty) Holland, and his wife of 53 years, Connie Tyler Holland.

He is survived by his two sons, Byron Holland and wife Becky, and Brent Holland; his sister, Fran Holland Reed; his brother, Harvey Holland and wife Marsha; his four grandchildren, Casey, Mia, Sophie and Rhett, and several nieces and nephews.

Ralph was a talented musician and had a love for Bluegrass music. He was a fixture in the Wilmington Bluegrass scene for most of the 1970s and 1980s, playing guitar and banjo with the Piney Grove Boys, the Cape Fear Ramblers and Iron Mountain Depot. He performed most weekends during the early 2000s on the riverboat Henrietta III.

Ralph was a skilled plumber, pipefitter, and draftsman,and had a successful career in industrial construction, retiring as a project estimator in 2012. He was employee of the year for JJ Barnes Construction in 1990. As a young man, he earned his Eagle Scout and served in the United States Marine Corps in the 1960s.

Most of all, Ralph was a loving son,husband, father, grandfather and brother to his family. He was always quick to tell a joke and he loved entertaining people, both with his music and his wit. He will be sorely missed.