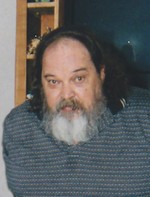 Born in Davidson County, NC on August 28, 1953, Mr. Harris was the son of the late Brown and Mrs. Pauline Harris. He was a veteran, serving in the US Navy, and was by trade, a textile worker.

A memorial service will be held 2:00 PM Saturday, May 16th, 2009 at Livingston Tabernacle Church in Hampstead, NC.

Memorial contributions in Mr. Harris’ name may be made to Lower Cape Fear Hospice LifeCareCenter in lieu of flowers.