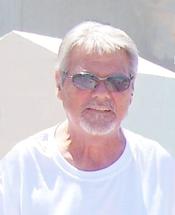 He was born in Chinquapin, NC on October 10, 1946. His parents were the late Edwin Harold Futrell and Margaret Lanier Futrell.

Ranny was retired from the NC Department of Corrections where he served as the Assistant Superintendent at the Burgaw Facility. He spent most of his time enjoying fishing, boating, and spending time with his family, especially his grandchildren.

A memorial service will be held 11 am Saturday, February 23, 2013 at Wilmington Funeral Chapel. The family will see friends after the service.

In lieu of flowers memorials may be directed to the National Kidney Foundation.