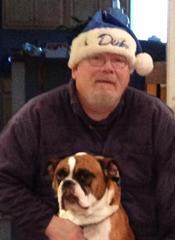 He was born in Wilmington on April 11, 1957. He was preceded in death by his father, Harold Wrey Lewis.

Reggie enjoyed spending time with his family, most especially his grandchildren, he loved college basketball and was a big Duke fan; Reggie was a talented craftsman in woodworking, enjoyed fishing and cooking pigs for Bar-B-Que. Reggie was retired and was formerly a food and snack route salesman.

A celebration of life memorial ceremony will be held 11 am Friday, August 16, 2013 at Wilmington Funeral Chapel. The family will see friends one hour prior to the service.

In lieu of flowers a memorial gift may be made at any First Federal Bank to the Reggie Lewis Memorial Fund.