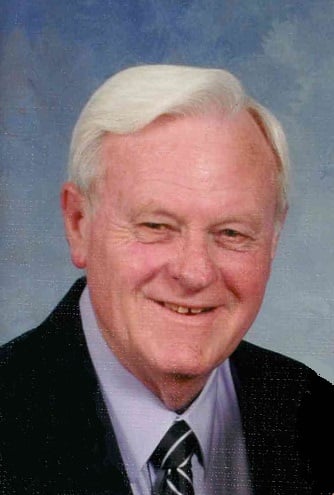 Rev. Elbert Newton Bradshaw entered heaven’s gates on April 7, 2020 to live for eternity with his savior, Jesus Christ and his beloved wife, Pat.

As his children, we mourn his passing, but we take comfort in knowing we were so blessed to have a father who loved the Lord with all his heart and always showed our family unconditional love. He taught us that in life God comes first, followed by family and church. He led by example and was the same man in our private home as he was in church. He taught us through his actions how a man should love and respect his wife above all others. Their love for one another and the way they always showed it made us feel uniquely special as a family. Our Dad worked hard to provide us with a wonderful life that included a mother who was allowed to be a full-time homemaker as she wished. He provided us with a beach home where we spent our summers with several of their life-long friends and their children who became an extension of our family.

After he graduated from high school in Sampson County, he moved to Wilmington working to become a business entrepreneur and prepare a life for himself and our Mom so that when she graduated, they could marry and make Wilmington their home. He began working in the car business as a salesman eventually opening Bradshaw Auto Sales. In addition to this, he bought a business his brother, Lloyd began called “Frontier Food To Go”. For several years Frontier Food To Go catered lunches for Cape Fear Academy and Wilmington Christian Academy, along with having three locations. After his retirement his son, Mike took over Frontier Food To Go, followed by his granddaughter, Beth and now his grandson, Michael.

Once our Dad committed his life to Christ at the age of 33, he became a dedicated servant to his church teaching Sunday School, becoming a deacon with many years serving as the chairman. His and Mom’s love of Southern Gospel Music led them and several Christian men to form a gospel quartet with our Mom as their pianist called, “King’s Men Quartet”. In his fifties he answered the Lord’s call for him to preach. He felt led to do this as a bivocational minister while continuing his other businesses. He first served as pastor of Friendly Community Baptist Church in Burgaw before the Lord led him to serve as pastor of Rocky Point Baptist Church in Rocky Point. During his retirement years he was called to serve at Bear Branch Baptist Church in Currie. As a pastor he loved serving his congregation and those in the community. He was very diligent visiting the sick. He also ministered to his member’s loved ones in their homes, hospitals, and nursing homes, leading many of them to the Lord. While pastoring these churches our Mom was an important part of his ministry playing the piano for each church he served.

Rev. Bradshaw was preceded in death by his loving wife, Patricia Byrd Bradshaw, his parents, Issac and Lillie Mae Bradshaw, three brothers, Alton, James, and Lloyd Bradshaw and his beloved sister, Christine Johnson. He was also preceded by his wife’s parents, Theodore and Arbeane Byrd and brother-in-law, Wade Byrd.

Rev. Bradshaw is survived by his three children, daughter, Jan Prevatte and husband Terry of Wilmington, son, Mike Bradshaw and wife Amy of Wilmington, and daughter, Karen Greenwood and husband Barry of Avon, NC. Also surviving him are his grandchildren, Elizabeth Dowless, Michael Dowless Jr., Morgan Greenwood, Lane Greenwood, Madelyn Bradshaw, Alex Bradshaw, his great-grandson, Kai. Dad was a friend to many, but is also survived by the one who was nearest and dearest for almost 60 years, Billy Hocutt.

Due to the current social restrictions in place, we will hold a celebration of life which will be announced at a later date.

In Lieu of flowers, you may make donations in dad’s memory to LifeCare of Lower Cape Fear, https://lifecare.org/ or your local church.