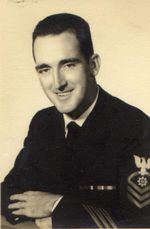 Dick was preceded in death by his wife Erna and his son Dale.

Dick served 21 years in the U.S. Navy. He retired as a Sr. Chief Quartermaster and was awarded a National Defense Service Medal, a Korean Service Medal, a Expeditionary Medal and a Vietnam Service
Medal. After retirement he continued his service to the Government as a Department of Agriculture Investigator.

Dick was Past Master of the Bath, PA. Masonic Lodge
and a Mason since 1950. He was also Past President of the Pennsylvania Beekeepers Association.

In lieu of flowers memorial contributions may be made to Lower Cape Fear Hospice, 2222 S 17th Street, Wilmington, NC 28401.