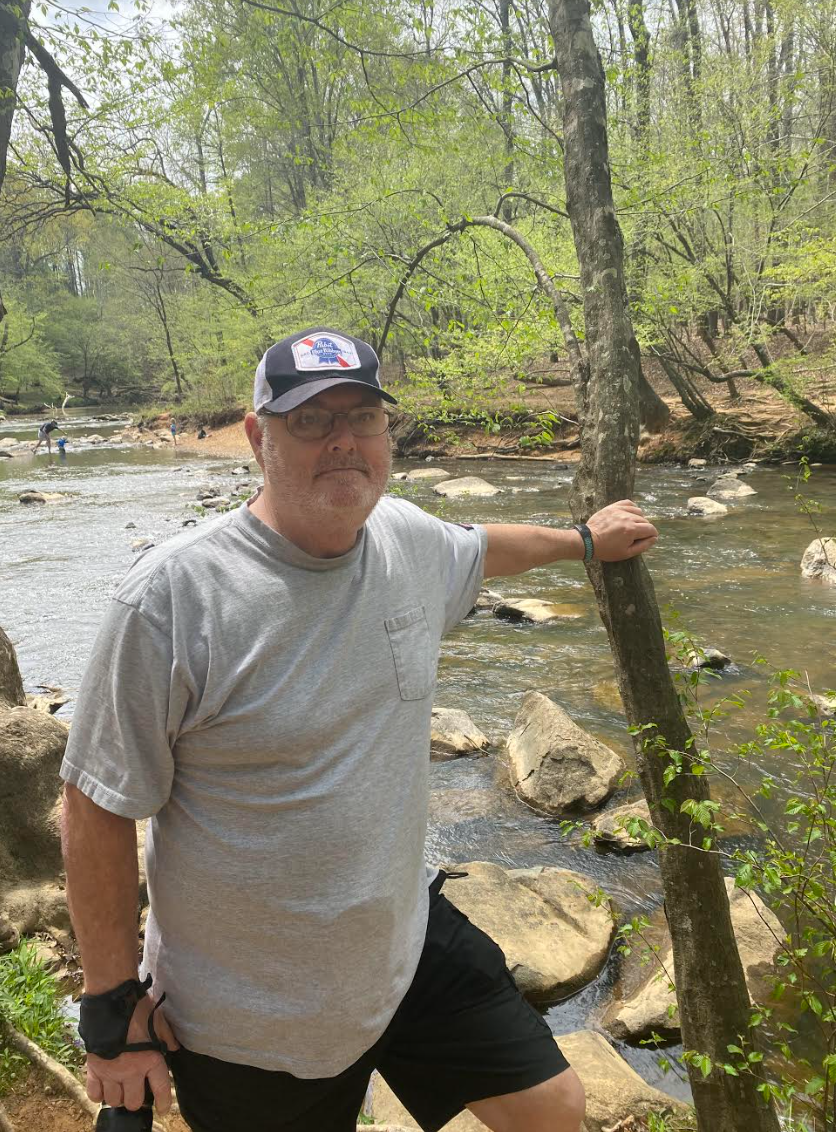 Richard Dion Hines passed away peacefully August 3, 2022.  He was born April 10, 1958 to the late Grover “G.C” Hines and Wanda Truttmann Hines of Wilmington.

Richard’s life is one that is best described as a cross-collaboration between enduring resilience and enthusiastic optimism.  His earlier life was a series of ups and downs, coupled with uncertainty and misdirected best intentions, until five very specific things transformed both his existence and his purpose.  Those five things, in this order, were:

Richard found his perfect partner in Loretta, someone who could see through his bold and, occasionally over-confident persona, and lead him to the best choices through, what could sometimes be a quagmire of best intentions.  She was the very foundation that built Richard up to become the best version of himself.  She opened his eyes and his heart to see his own worth, the way she did.  Richard saw this and recognized this same devotion mirrored in the love of Jesus. He accepted the Lord and began laying the bricks of a new path – one that would be paved to praise the sacrifice of his Savior and bring his family with Loretta under the grace and protection of God.

The births of Sara, Jacob, and Matthew only strengthened his resolve to be his best self – protecting, nurturing, disciplining – committed to raising respectful children, with roots in their church, and wings on their backs.

His daughter, Sara preceded Richard in death after a short and swift battle with cancer.  She was fourteen, and it was a devastating loss.  Richard did not crumble under the weight of that bereavement – he rose, devoted to Sara’s memory and the true, unwavering faith that he would see her again.  This loss also reinforced his dedication to Jacob and Matthew – having been taught the lesson we all sometimes forget – time is short, grief is long, and there are no guaranteed tomorrows.

Richard spent time with his boys – not passive time, deliberate time – time that they will carry with them, making memories that will forever be imprinted on them.  He would take them fishing, teach them to build things, introduce them to music, take them to concerts – Richard understood the importance of time and was committed to sharing it with his sons in meaningful ways.

Richard loved the beach, and he loved food.  He and Loretta would often take rides to Kure Beach , or drive out on Fort Fisher State Park to take in the ocean air together.  They would have pizza at Frank’s, and no trip to Pleasure Island was complete without a Britt’s donut, or twelve.  He loved games, and bread pudding, and silly jokes.  He carried with him a dry wit and had no problem laughing at his own jokes.

He loved animals and had special relationships with each of his pets, but he was especially fond of Dazy and Jack.

Throughout his life, Richard suffered a myriad of health issues, each one seemingly more puzzling than the last.  He found his strength to overcome those through his faith in Jesus and the love of his family.  He found solace and peace in simple things that illustrated the power and the beauty of God.  He bought cameras and would walk around Greenfield Lake taking pictures of all the nature that God chose to plant among that small little neighborhood lake near his home.  God planted him in that place where he grew and flourished, and it seemed he was drawn to capture the beauty in the small, the insignificant, the largely unknown.  He related to that – his small, largely unknown, beautiful insignificance in this vast creation of God.

Though there is truth in that relativity, the truth for those that loved him the most is that while the universe is indeed vast, the loss that fills the air around the Hines’ is anything but insignificant.

Richard came through this world, setting up to blaze a difficult path – but that was not God’s plan for him.  Richard used that to overcome every dip, every trouble, every tribulation – and put forth a quiet enthusiastic resilience that despite all expectations – always, always seemed to makes sweet  lemonade.

The family will receive friends and services on Saturday, August 6, 2022 at 11:00am at Myrtle Grove Baptist Church in Wilmington.

Richard is survived by his wife, Loretta, of Wilmington.  His sons, Jacob Hines (Caroline), and Matthew Hines (Ashley)  of Wilmington, also his sisters, Peggy Schupp, Teresa Hines, and Denise Hawkins.

Even in the wake of death, there is comfort in what will always remain present – he is blessed, he is loved, he is free.