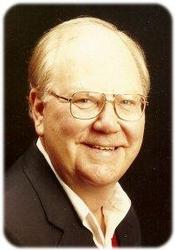 Born in Erwin, NC, on November 1, 1936, he was the son of the late Dan C. Avery and Lois O. Avery. He was a veteran of the U.S. Army and was in the Reserves for eight years as a First Lieutenant in the Infantry.

Dick was a student at Morganton High School, a graduate of Hargrave Military Academy, and he attended Wake Forest University and graduated with a BS in Economics. After serving his country in the U.S. Army, he worked for First National Bank of Atlanta and in the Morganton branch in the trust department. In 1965 he helped start the Avery-Norvell Company where he worked in real estate sales and property management. He later worked with the Richardson Corporation in Greensboro as manager of its Commercial and Industrial property division. After leaving that company, he worked in real estate independently and developed and managed property in Morganton, Blowing Rock, and Southport, NC, at different times in his life.

Dick served his community in various ways and had many accomplishments and recognitions as a result. In the area of his profession, he was the “outstanding graduate” of the UNC Realtors Institute at Chapel Hill in 1967, served as President of the Burke County Board of Realtors in 1969, served as Dean of the UNC Realtors Institute at Chapel Hill, was awarded the designation of senior residential appraiser in 1971, served as President of the NC Real Estate Foundation, was honored as Burke County Realtor of the Year. He received the Distinguished Service Award from the Morganton Jaycees for his work with the United Fund, served on the board of directors of Mimosa Hills Golf Club, served as a Trustee of Wake Forest University and on its investment committee. He was a founding director of First Charter Savings and Loan and served on the board of Southeastern Savings and Loan. He was a member of First Baptist Church in Morganton. He was also involved in politics and ran for a seat in the NC House of Representatives as a Democrat.

Dick was an avid sports fan all his life and participant in his youth. He played football, basketball and baseball at Morganton High School and Hargrave Academy and was awarded a partial scholarship to play baseball at Wake Forest University. He loved sharing his love for sports and loved coaching almost as much as playing. He also played golf. He loved music, played the acoustic guitar and sang, was a prolific photographer, and appreciated the outdoors. He loved his community, his state, and his country.

A memorial service for Mr. Avery will be held in the Chapel of First Baptist Church at 2:00 p.m., Saturday, March 19, 2011 with Dr. Thomas A. Bland, Jr. officiating. The family will receive friends in the church parlor one hour prior to the service. Memorial contributions may be made to the Southmountain Children’s Home, 7330 Myrtle Drive, Nebo, NC, 28761-8666.