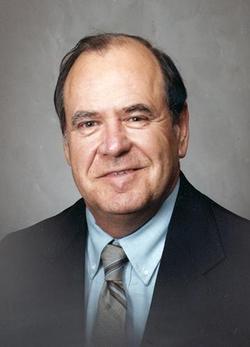 Pete was born in Roanoke, VA. the son of Louis William Courtney and Pearle Thomas Courtney. Together with his parents he was predeceased by his brother Charles “Buddy” Courtney.

Pete worked as a draftsman in the Structural Steel Industry. He was a veteran and served his country with honor and distinction in the United States Army.

In his spare time he enjoyed golfing and woodworking.

In lieu of flowers contributions to the American Heart Association or Pine Valley Baptist Church, 3940 Shipyard Blvd. Wilmington, NC 28409,in memory of Pete would be greatly appreciated.

A service will be held 11:00 AM Thursday, April 30, 2015 at Pine Valley Baptist Church. The family will receive friends one hour prior to the service at the church.