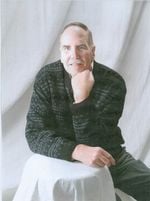 Richard Henry Lewis, 61 of Wilmington passed away April 3, 2008 at his residence.

Richard was preceded in death by his parents Donavan Lewis and Pearl Farney Lewis and a sister Dona Lewis.

He is survived by his wife Nylda M. Lewis of the home, stepdaughters Laura (Barry) Morgan and Victoria (Anthony) Vuocolo, grandchildren Riley and Mallory Morgan, Zackary and Taylor Vuocolo and Anthony Marble, father in law Francis Routier, many loving cousins, in laws and friends.

Richard was born in Syracuse, NY, the second child of Donovan and Pearl Farney Lewis. The family moved from Syracuse to Kinston, NC when he was seven years old and he resided in Kinston until he was an adult.

Richard achieved the rank of Eagle Scout while a member of Troop 43 in Kinston, NC. He served in the US Army in Vietnam where he was an assistant to the General of the Twenty Fifth Infantry Division and a DEROS officer. He attained the rank of E5 and was awarded the Bronze Star for meritorious service to his country.

Richard received the Lord into his life in 1976. He served at various times as a Gideon and was a member of the Full Gospel Businessmen’s Fellowship. He enjoyed being “the man behind the scenes” in church activities.

Richard worked as a Painting contractor, Real Estate Broker and Construction Estimator. He was a member of the Vietnam Veterans of America in Jacksonville, NC and here in Wilmington.

Richard met Nylda in 1996 on a bus trip to Washington, DC sponsored by the American Cancer Society. They were married in 2000 while taking another bus trip to Gatlinburg, TN.

In 2002, Richard became disabled due to a service connected illness. After this time he enjoyed traveling throughout the U.S. and Mexico and to many European countries where he took many pictures and sampled the local cuisine. He loved collecting hats and hat pins from the many places he visited.

He also enjoyed yard work and gardening. His favorite past time in later years was watching the cooking channel and visiting with his grandchildren.