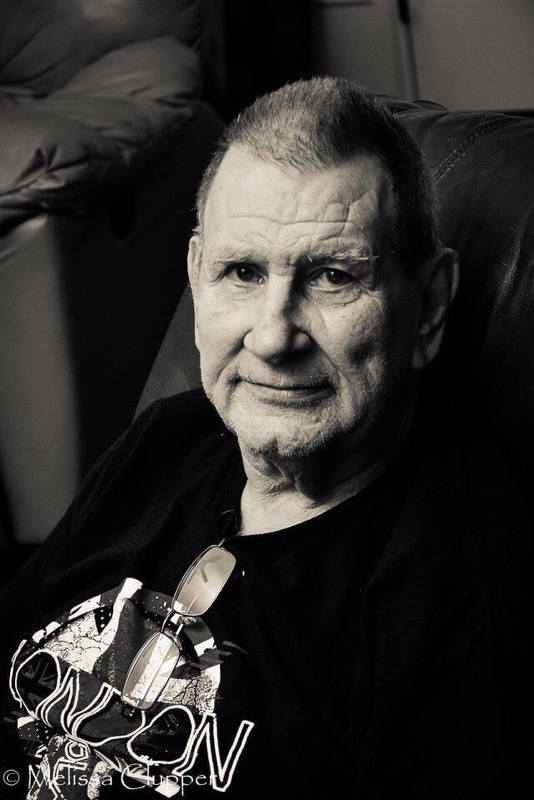 Rick was born in Marion, IN on July 20, 1942, to Irene Montgomery and Homer Marshall. They lived in
many places around Indiana growing up. The family resettled back in Marion in the 1950’s in the area of town that was called “the Home Corner”. Rick attended Van Buren High School and graduated from Marion High School. He later attended Ball State University and got an Associate’s degree in Institutional Food Service and Management. He started working at the Marion VA hospital in 1964 as a dishwasher in the kitchen and worked his way up to Chief of Food Production and Service, retiring in 2002. He took great pride in the work he did there and caring for the patients as well as his employees. He and his wife, Karen, moved to Hampstead, NC in 2004 to be near his “girls” and grandkids. Bored in retirement he took a job as maintenance at the Ford Dealership in Wilmington NC for a short time.

Rick loved with his whole heart and, if you were lucky enough to have him in your life, you had a champion in your corner who supported you no matter what. Once he knew what you wanted to achieve, he was right there to help you reach your dream. He was a hoarder of the highest caliber and could often be heard uttering, “I might need that someday,” just as often saying to someone needing something, “I think I have one of those in the garage, it’s yours if you need it.” He took great pride in his family, both those born to him and those he chose to add to it and relished having them all together for meals and cookouts. He loved old cars and lovingly restored a 1964 Ford Galaxy that he loved taking to car shows. He adored babies and children and was often known to “kidnap” nieces, nephews, great nieces, and nephews as well as his grandchildren and take them home with him. He was a member of the Hampstead United Methodist Church and loved volunteering at the Pumpkin Patch each fall helping the HUMC Youth raise money.

Rick married the love of his life, Karen Lee Keith on November 22, 1963, just hours after the Kennedy Assassination. They were married for 55 years until Karen passed in 2018. They raised two daughters and later, two nieces from Karen’s sister. He is survived by his daughters, Melissa (Marc) Clupper, Melinda (Tim) Weaver both of Hampstead, NC. Christie (Chris) Hale of Oxford, IN, Mandy (Brian) Cassidy of Van Buren, IN. Grandchildren Katie (Michael) Connor and Courtney Weaver of Charlotte, NC; Alexander Clupper (whom he lovingly referred to as “captain”, Hampstead, NC; Sarah and Molly Hale, Oxford, IN; and Brian, Rileigh and Schuyler Cassidy of Van Buren, IN, as well as numerous nieces, nephews, great nieces and nephews a few adopted grandkids and his 2 sisters-in-law.

He is preceded in death by his parents and wife as well as his brothers, Harold Marshall, John Marshall, Jim Nelson, and sister, Velma Mowery. He will be cremated and his ashes will be buried in Indiana at a later date. There will be no memorial at this time. To honor Rick, cherish your family and remember the times you shared with him.

Share memories and condolences with the family by clicking on the “Leave a Condolence” tab below.