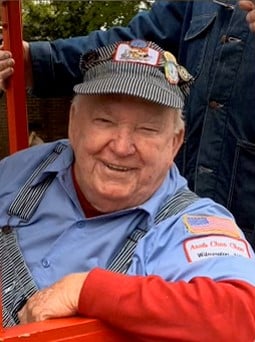 Richard was retired as a Building Supervisor with Raysand Building Corporation with 40 year of service. He was a member of Long Leaf Baptist Church, Wilmington Lodge #319 A.F.&A.M., Sudan Shrine Center, the Arab Shriners Choo Choo, the Wilmington Shrine Club and the Wilmington BPO Elks Club.

In lieu of flowers to honor the memory of Richard, memorials can be made to the Shriners Hospitals for Children in care of Sudan Shriners PO Box 12829, New Bern, NC 28561.